The Solana price continued to drop during the ongoing session, as sellers pushed the price to $90, looking to drive it even lower. SOL had started the week on a bearish note, registering a drop of nearly 8% on Monday and falling to $92.10. However, SOL recovered on Tuesday, rising by nearly 3% and moving to $94.75. After a strong start, SOL dropped back on Wednesday and ended the session at $92 before dropping even further during the ongoing session.

The Solana price was extremely bearish during the previous week and had dropped by 5.51% on Monday, falling to $139.92. At this level, the 200-day SMA was acting as support, and SOL pushed back up on Tuesday, registering an increase of 0.98%. On Wednesday, the price fell back in the red, slipping below the 200-day SMA and settling at $135.22 before falling further on Thursday and dropping to $127.64. Friday saw the bearish sentiment intensify, as SOL dropped by nearly 12% and fell to $112.37. 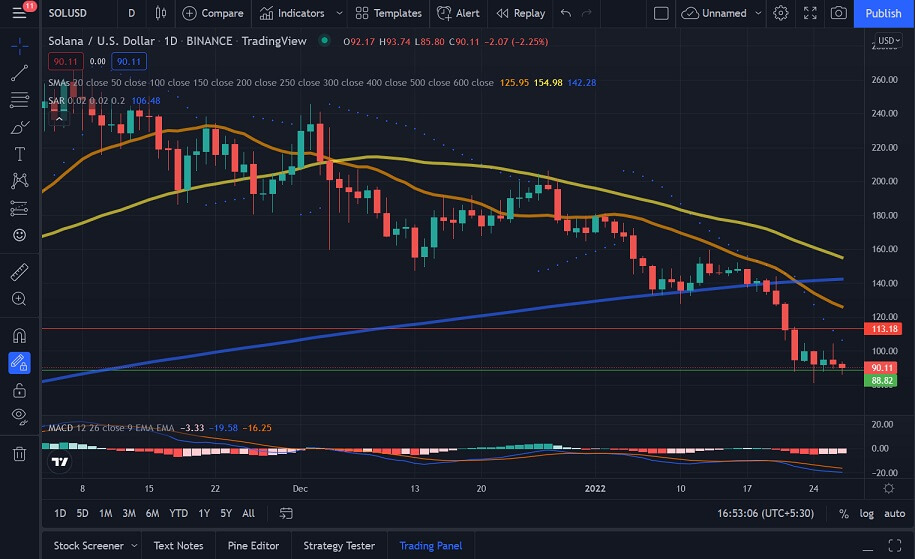 The Solana price continued to drop on Saturday, registering an even more significant drop of nearly 16%, slipping below the $100 level and settling at $94.62. Despite the bearish sentiment, SOL managed to register a significant recovery on Sunday, rising by 5.53% and settling at $99.85. However, the price fell back on Monday, dropping by nearly 8% and settling at $92.10, before recovering and moving to $94.75 on Tuesday. SOL made a strong start on Wednesday that saw it push past $100 for a brief time but eventually dropped off and ended the session down by nearly 3% at $92.18. The current session sees SOL at $90, with buyers looking to push the price lower. 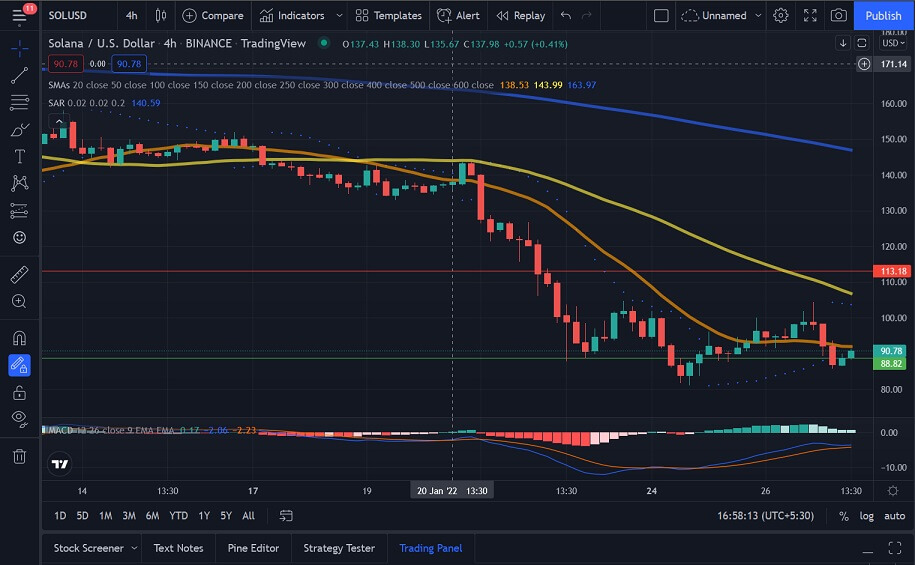 We can see that the Parabolic SAR has flipped to bearish, but if SOL can manage to recover, we could see it flip back to bullish.

Looking at the Solana price chart, we see that SOL has dropped back considerably over the past couple of sessions. If the current bearish sentiment persists, we could see SOL drop below $90, but if the price manages to recover, we could see it push towards $95.