The Solana price continued to drop as sellers pushed SOL below $180 as its bearish week continued. SOL had started the week mired in the red, falling by 1.39% on Monday. The price continued to drop on Tuesday, falling to $190.39 after dropping by almost 2%. However, Wednesday saw SOL recover as the price pushed up by over 2% and settled at $194.85. However, the price fell back on Thursday and dropped by almost 7%, dropping to $181.

The Solana price started the previous week by registering an increase of 1.71% on Monday. Tuesday saw SOL push above the 50-day SMA, settling at $208.87. On Wednesday, SOL continued to push up, breaking past the 20-day SMA and settling at $229.85, before another marginal increase on Thursday saw SOL rise to $233.78. However, after reaching this level, the price fell back significantly, dropping by over 9% on Friday, slipping below the 20-day SMA and settling at $212. On Saturday, the price continued to drop as sellers pushed the price below the 50-day SMA to $201. 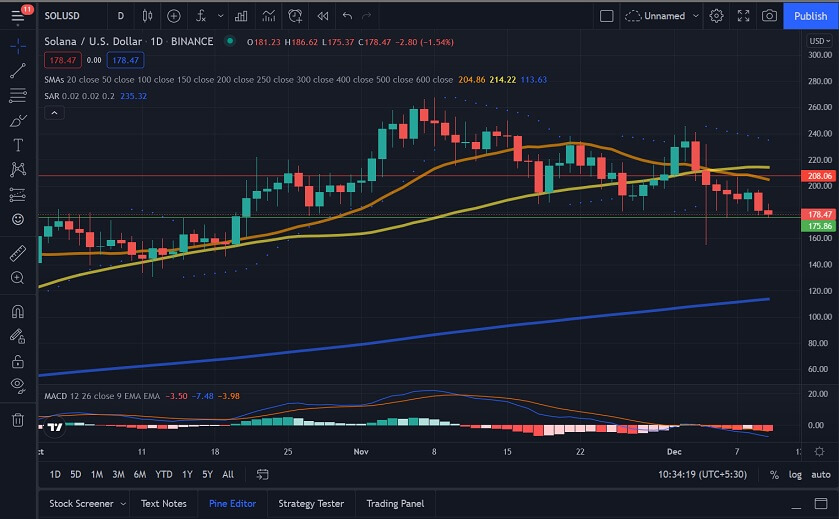 The Parabolic SAR is currently bearish, indicating that the price could drop lower. 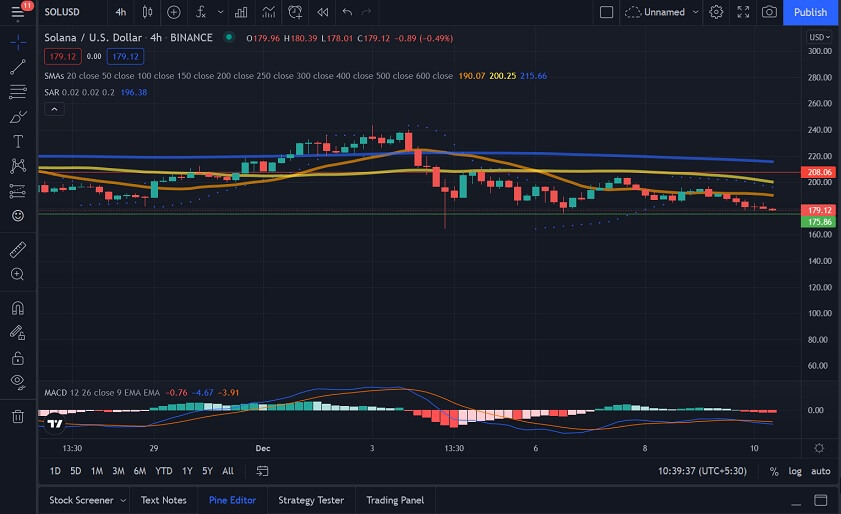 A Look At Solana’s Secretum

Between August 2020 to 2021, the traded value on large decentralized exchanges like Curve, Uniswap, and PancakeSwap grew by about 550%. Major centralized exchange (CEX) Binance’s spot cryptocurrency trading volumes totaled $789 billion in September, versus $454 billion (€390.7 billion) in July, while derivatives volumes jumped almost 25% to $1.7 trillion.

One of the drivers of this trend is the perceived superiority of DEX on many fronts. DEXs replace a centralized authority with automated protocols that enable trading and direct swapping of tokens, while CEX users give up control of their assets to the exchange’s servers.

Despite their ongoing success, DEXs are still affected by a series of significant challenges. They operate on smart contracts only, limiting their trading capabilities.

Most DEXs offer limited liquidity. Therefore, asset prices are often priced inefficiently. Transaction speeds may be slow as they need to be checked and validated on a blockchain network by the network’s miners, not the exchange. Most DEX platforms are considered to be not user-friendly.

Looking at the Solana price, we can see that SOL has been extremely bearish since the market crash. With the price slipping below $180 during the ongoing session, we could see the price fall to $175.