The Solana price pushed above the $160 level as the price continued to push higher during the ongoing session. SOL had ended the weekend on a fairly positive note, with the price moving to $172.98. However, the price dropped significantly on Monday, falling by over 10% and dropping to $155.24. SOL recovered on Tuesday, rising by just over 4% and pushing above the $160 level, with the price continuing to move higher during the ongoing session.

The Solana price started the previous week on a fairly bearish note, dropping by 1.39% on Monday. On Tuesday, the price continued to drop, falling by almost 2% and settling at $190.39. However, Wednesday saw a recovery, as SOL pushed up by 2.34%, rising to $194.85, before dropping back on Thursday, falling by almost 7% and settling at $181.27. Friday saw the price continue to drop, with SOL registering an even more significant drop of 7.54% and dropping to $167.60. 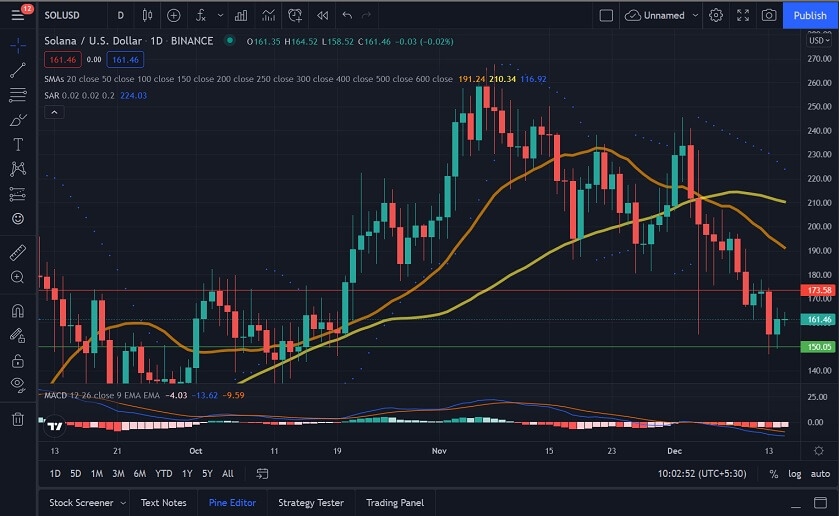 While the Parabolic SAR and MACD are both bearish, we could see them flip to bullish if SOL can recover and push higher. 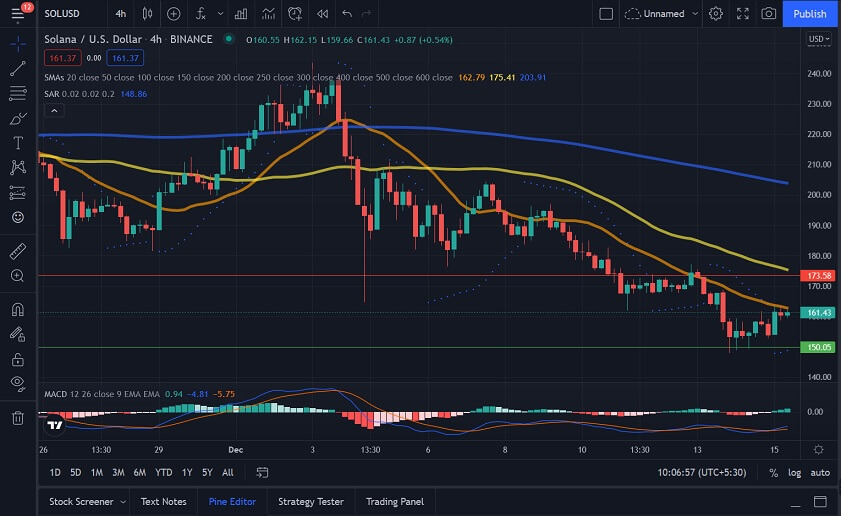 Solana Co-Founder: There Was No Network Failure Or DDoS

The Solana network reportedly suffered from heavy network congestion, leading to many unwarranted claims that the network had gone down. The crypto community has begun roundly criticizing the network, which has experienced shutdowns in the past.

SolChicks said that its Chicks NFT series caused the network to experience performance issues. Tens of thousands of people have been trying to buy CHICKS, causing Solana’s Raydium DEX to crash.

Users on Reddit talked about a large amount of trading on Raydium for the CHICKS NFTs. They noted that there was a history of heavy activity and hype behind the project. This forced Telegram to shut off the group as it was affecting Telegram’s servers.

Critics have mislabelled the incident as a shutdown. The network performance dropped to about 1,000 transactions per second because of the SolChicks IDO.

The news has led to some market enthusiasts criticizing Solana not being decentralized enough. This criticism has been going on for some time. Polkadot founder Gavin Wood said in September 2021 that decentralization was more important than throughput, which some in the community took as a shot at Solana.

Looking at the Solana price chart, we see that SOL has made a strong recovery over the past couple of sessions. If the current sentiment persists, we could see the price push to $165.