Tron Price Prediction: TRX Off To A Bearish Start, Slips Below $0.060

The Tron price remained in the red during the ongoing session as sellers continued to push the price down. TRX was fairly positive heading into the weekend, registering a marginal increase on Friday before pushing up by 1.59% on Saturday, moving to $0.063. However, TRX fell back on Sunday, ending the weekend at $0.062. The bearish sentiment persisted on Monday, with TRX slipping below $0.060, dropping to $0.059. 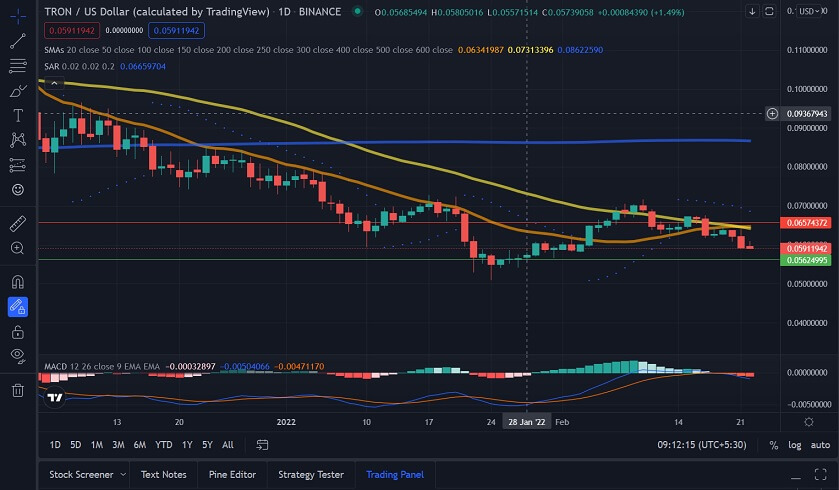 Despite the bearish sentiment, the Tron price registered a marginal increase on Friday before pushing up by almost 2% on Saturday, rising to $0.063. At this level, the 20 and 50-day SMAs came into play as resistance, and TRX fell back, dropping by 2.56% on Sunday and ending the weekend at $0.062. The price continued to drop on Monday, as the price dropped by nearly 5%, slipping below the $0.060 level, and then registered a marginal drop during the ongoing session. 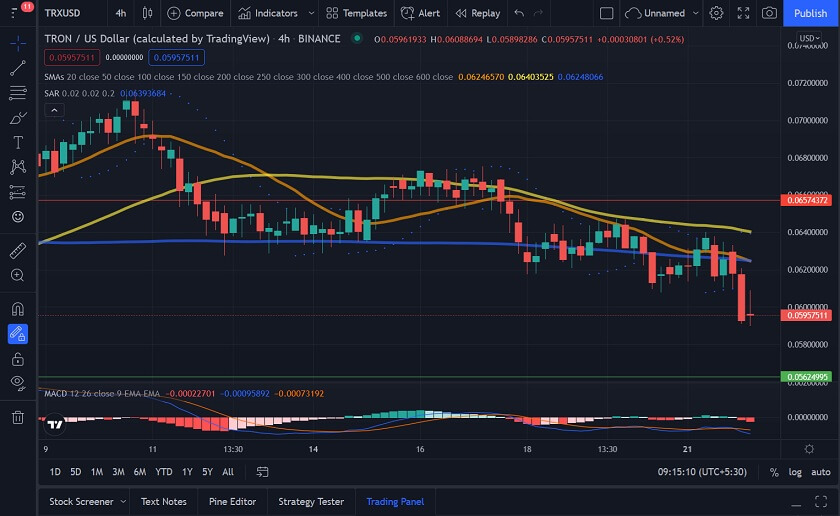 We can see that the Parabolic SAR and MACD are both bearish, indicating that we could see the price push lower.

Looking at the Tron price chart, we see that TRX has been quite bearish during the week. If the current sentiment persists, TRX could drop below $0.059. However, if the price can recover, it could move back to $0.0

How To Trade TRON (TRX): A Step-by-Step Guide

What is TRON? A Beginner’s Guide to TRON and Tips for Investing in TRX

Could Tron Be A Millionaire Maker?