Best Digital Coins To Invest In 2021

Digital coins have started 2021 more or less as they had started in 2017; with great attention from the investing community and with drastic growth, especially in the first week of January.

Although they are currently going through a bearish period, with corrections taking place, crypto enthusiasts believe that 2021 will be a really exciting year for digital coins.

The relative increase in cryptocurrencies' prices has led investors to make different forecasts for their prices, some even mentioning figures of meteoric dimensions.

However, among cryptocurrencies, some always perform better than others. Here at Trading Education, we have selected below the top 10 digital coins that are set to explode in 2021.

The Top Best Digital Coins to Consider in 2021:

We have put together a list of the best digial coins of 2021 for you.

So without further ado… 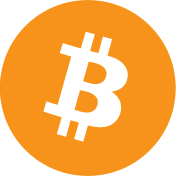 Bitcoin can never be left out when speaking about crypto assets. It all started with Bitcoin in 2009 when Satoshi Nakamoto decided to launch it. Bitcoin is synonymous with cryptocurrencies and is the subject of much debate about whether it may be a worthy competitor to fiat currencies in the future.

During its existence, Bitcoin has experienced frequent ups and downs, which has made it volatile by nature. In 2017 Bitcoin had almost reached $ 20,000, to lose then 65% of its value from January to February 2018. Therefore, critics have described it as unworthy of a long-term investment as it is incredibly volatile.

However, the year 2020 proved that Bitcoin is also an investment for large financial institutions. 2020 will be remembered as the year when Paypal launched crypto services on its platform and when Microstrategy decided to transfer $1.3 billion of its reserve assets to Bitcoin. This even gave Bitcoin' price a boost, pushing it towards a record of $41,941 on January 8, 2021.

"Bitcoin is engineered synthetic pharmaceutical-grade gold. It's all of the benefits of gold, but you can not make any more of it," said Michael Saylor, CEO of Microstrategy during an interview with CNBC.

In 2021, analysts believe that the price of Bitcoin is likely to really explode.

In November 2020, Citibank analyst Thomas Fitzpatrick predicted that Bitcoin might reach a whopping price of $318,000 by December 2021, as per Coindesk. Fitzpatrick described Bitcoin as "exactly the kind of thing that sustains a long-term trend".

Whether Bitcoin could reach $318,000, nobody knows for sure, but considering the recent growth, all the way to $50,000 Bitcoin has proven once again how it can surprise everybody.

Ethereum comes second after Bitcoin. Ethereum has been known for the correlation it has had with Bitcoin throughout history. The recent crypto bull run also evidenced this. When Bitcoin hit its all-time high recently, Ethereum also followed going towards $1,346 on January 10, 2021, which was not far from its all-time high of $1,432 that was reached on January 13, 2018.

Ethereum was launched by Vitalik Buterin in 2015. Ethereum is a decentralized open-source blockchain. Ethereu's uniqueness stands at the concept of a blockchain smart contract platform. Smart contracts are basically computer applications that execute automatically the actions needed to achieve an agreement among various parties on the internet.

Ethereum's price at the moment is $1058. Ethereum blockchain is being adopted more, and while this happens then in 2021, it is expected that there may be an even greater increase in price for Ethereum.

Digitalcoin predicts that Ethereum could reach $3,479 in April 2021. Blocktown Capital managing partner James Todaro has even a more positive approach forecasting Ethereum to go up to $9000 in 2021.

In 2011 Charle Lee decided to improve Bitcoin, but instead, he went on to create an entirely new fork called Litecoin. Its blockchain is called "Scrypt", and it is more sophisticated than the traditional one, as it is more efficient and makes transactions faster.

Litecoin's all-time high was on December 19, 2018, when it reached $360. Litecoin is probably not the digital coin with the highest growth, but it has always proudly remained in the top 10. It actually briefly flipped Ripple (XRP) in December 2020 and January 2021, taking the 4th spot on Coinmarketcap's list.

Litecoin's transactions went to 130,000 right after the game's launch of the first decentralized Litecoin-based RPG fantasy game LiteBringer, where each players' move is a transaction, which has actually incredibly benefited its whole blockchain.

Analysts believe that Litecoin's price could increase in 2021. According to Coinswitch, Litecoin could reach as high as $600 in 2021.

Without a doubt, Ripple is one of the most reputable cryptocurrencies and another synonym of the crypto world.

Ripple was designed as an alternative financial payments system. Its goal is to change and promote cross-border payments. In 2020 a positive thing about Ripple was its blockchain expansion. Three hundred providers across 40 countries have utilized it, including Banco Santander, American Express, JP Morgan, and HSBC Holdings.

However, for Ripple, the year 2020 has not been the best. Ripple experienced huge price losses when the US Securities and Exchange Commission SEC accused Ripple of selling unregistered securities while selling its token XRP to investors worldwide.

At the moment the SEC stated on this issue, many crypto exchanges started delisting Ripple from their platforms, causing a drastic drop in price for XRP - 72% within 35 days.

Ripple achieved its all-time high on January 4, 2018, at $3.84. At the moment the Ripple price is at $0.28. The price of Ripple may, however, depend on whether Ripple will win the case with the SEC. However, forecasters are optimistic. Digitalcoin predicts the Ripple price to go as high as $0.90 by April 2021.

TRON was launched on Ethereum's network with the goal to revolutionize the entertainment industry and democratize content creation. Justin Sun founded it in 2017 and then in 2018 TRON became totally independent from Ethereum shifting its protocol to an autonomous peer-to-peer network.

TRON is basically a content sharing platform where users that create and share content get reward with TRX token. TRON has partnerships with prestigious companies such as Samsung, oBike, Baidu, and Baofeng.

2020 was a good year for TRON as Tron's dApp transaction volume even exceeded that of Ethereum. Considering that in 2020 the platform launched TRON 4.0 Great Voyage protocol upgrade, introducing privacy features to smart-contracts gives us more reasons to say that TRON might reach new price records in 2021.

Bitcoin Cash is a peer to peer cash system with the goal to become the main blockchain for making online payments. In 2017 there was a concern over the scalability of Bitcoin. As a result, a new hard fork was created called Bitcoin Cash which is considered by its advocates a true continuation of the Bitcoin project as peer-to-peer electronic cash. Bitcoin Cash was created with the purpose to handle more transactions than its ancestry - Bitcoin.

Cardano is undoubtedly one of the most relevant cryptocurrencies. Cardano was developed by the benefactor of Ethereum, Charles Hoskinson. Otherwise, Cardano is known as the Proof-Of-Stake (PoS) blockchain platform.

In 2021 analysts believe that Cardano's price may grow, although its growth depends on the release of the scalability solution - Hydra, which is expected to help Cardano process more than 1 million transactions per second.

At the moment one Cardano costs $0.29. Crypto forecasters consider Cardano's price might grow in 2021.

According to Cryptobriefing, Cardano at the moment stands on stable support before its surge in 2021. According to their prediction, Cardano could reach the $2.00 mark in 2021.

Tezos is an open-source blockchain characterized by on-chain governance where all participants can vote to make any decision for changes in the network. In 2017 Tezos raised a $232 million ICO which gave a positive reputation to this cryptocurrency.

As Decentralized Finance (DeFi) keeps expanding, there is a possibility that Tezos price could increase in 2021. The financial group Elevated Returns chose Tezos as a blockchain platform to offer tokenized assets worth $1.6 billion to real estate investors.

Analysts believe that as DeFi keeps growing in 2021, so will Tezos. Previzionibitcoin forecasts that Tezos could reach as high as $9.63 mark by December 2021. 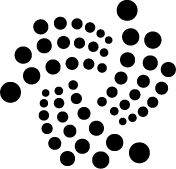 IOTA is an open-source platform that is designed to process transactions between devices on the Internet of Things Network (IoT). IOTA's blockchain is unique as it uses a directed acyclic graph (DAG) model where transactions are located and linked together in a web called "Tangle".

IOTA has built partnerships with automobile, manufacturing and insurance market players, which could lead to price growth in 2021.

Stellar is another payment network that allows. Stellar was Jed McCaleb's product who left Ripple in 2013 over disagreements about the company's future direction. Together with his lawyer Joyce Kim they went on to create a new payment network called Stellar.

Stellar allows cross-border transactions between any pair of currencies, and it was created to bridge the gap between cryptocurrencies and traditional finance. Stellar reached its all-time high of $0.93 on January 4, 2018.

eToro – Buy The Top Digital Coins With No Commission

For both beginners and experienced investors, eToro remains one of the world's top platforms to invest in cryptocurrencies. From all other features, eToro has two of them stand out: "Copy Trading" feature and the fact that it is an easy to use platform.

The platform provides the ability to buy digial coins and CFDs on up to 90+ cryptocurrencies. Crypto Traders can build a diversified portfolio with the most popular digital coins.

Ethereum Price Prediction - Will ETH Value Rise?
Like most sectors of the economy, the cryptocurrency market had a bumpy ride throughout 2020 due to the coronavirus pandemic. Despite this, Ethereum...

What Will Ethereum (ETH) Be Worth in 2030?
Ethereum hit a new all-time high on Saturday, February 20 with a price of $2,036. This milestone was reached after the coin registered gain after...

Could Bitcoin Cash Be A Millionaire Maker?
Bitcoin Cash is a relatively new cryptocurrency, but it has proven itself to be an excellent investment for investors and traders in its short...

Bitcoin vs Binance Coin: Which Crypto Should You Buy in 2021
Anyone with even a passing familiarity with cryptocurrency will know that Bitcoin is by far the most famous coin of them all. It was the original...

Is Ripple (XRP) Expected to Reach $100 or More in the Next 5 Years?
The fame of the crypto world has doubled over the years, and now all investors look to the crypto realm as a potential place for future storage of...
Top Broker