Bitcoin Price Prediction: BTC Struggling To Push Back To $44,000

The Bitcoin price is struggling to push back above $44,000 as buyers and sellers struggle to establish control of the session. BTC had started the week on a fairly positive note, rising by 1.07% on Monday and then pushing up by almost 5% on Tuesday, rising to $44,536. However, BTC fell back on Wednesday, dropping by 1.46% and falling to $43,885. The current session sees BTC at $43,908, with the price marginally up. 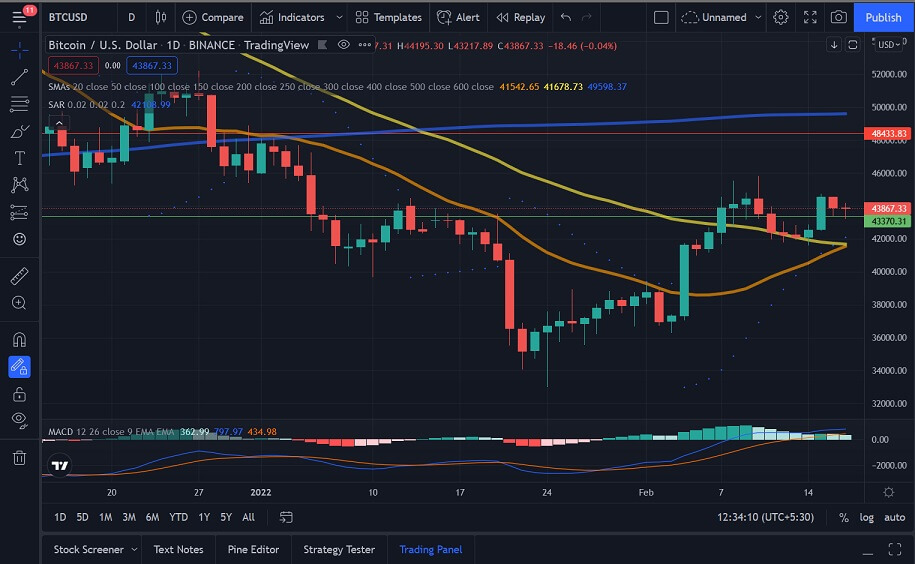 The weekend saw the Bitcoin price remain in the red as BTC registered a drop of 0.36% on Saturday and Sunday to end the weekend at $42,109. However, with the 50-day SMA acting as support, BTC could recover on Monday, rising by 1.07%. Tuesday saw BTC register a significant increase, rising by almost 5% and moving to $44,536, before dropping back on Wednesday, falling by 1.46% to $43,885. The current session sees BTC marginally down as buyers and sellers look to establish control.

Looking at IntoTheBlock’s IOMAP for the Bitcoin price, we can see that BTC faces strong resistance at $48,453. At this price level, over 2 million addresses have sold more than 1.2 million BTC.

We can see that the Parabolic SAR is bearish, and the MACD has just flipped to bearish, indicating that we could see the price drop. 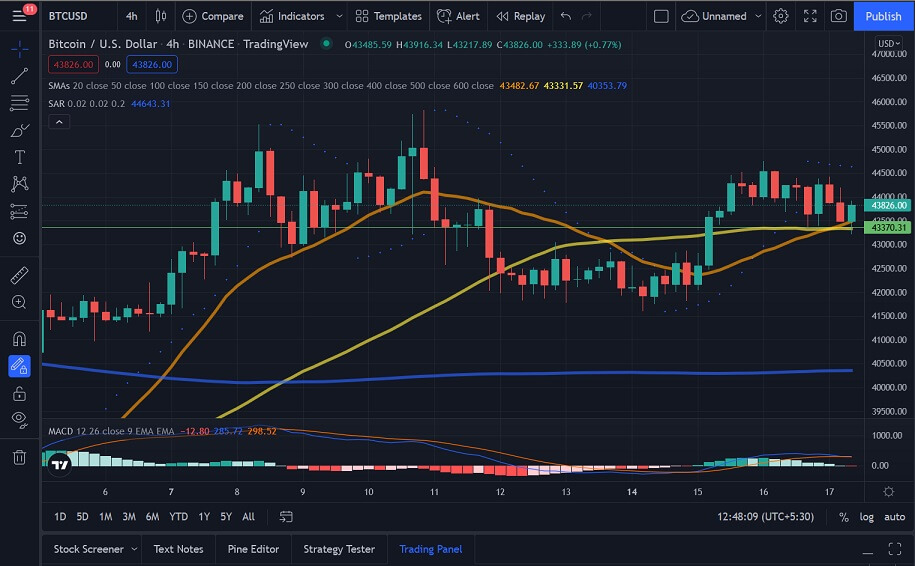 International oil and gas giant ConocoPhilips is dipping its toes into Bitcoin (BTC) mining as a way to eliminate the wasteful practice of flaring.

According to a report from CNBC, the company is currently operating a pilot scheme in the oil-rich region of Bakken, North Dakota.

Instead of burning excess gas, a byproduct of oil drilling known as flaring, the company is selling it to a third-party Bitcoin miner to be used as fuel.

Speaking on the environmental impacts of “routine flaring,” a representative from the company stated that the decision to move into Bitcoin mining reflected the company’s overarching objective of reducing and “ultimately eliminating routine flaring as soon as possible, no later than 2030.”

In a slide from a 2021 ConocoPhillips presentation, the company said it wants to ensure gas capture projects achieve zero routine flaring by 2025. Bitcoin mining offers a unique and profitable solution to the problem of routine flaring, which occurs when mining companies accidentally hit natural gas formations while drilling for oil.

While oil can be siphoned up and collected at any location, natural gas harvesting requires pipeline infrastructure. If miners strike gas at any significant distance from a pipeline, companies are forced to burn or “flare” the gas, ultimately an unprofitable and environmentally harmful procedure.

Instead of allowing the gas to be wasted, Bitcoin miners place shipping containers or trailers filled with crypto mining equipment near an oil well and divert the gas into generators that power the equipment.

Crypto financial services firm Blockchain.com is no stranger to blockchain technology and its growing demand. One of its newest board members, Tom Horton, also Walmart’s lead independent director, told Blockworks he sees this as just the beginning.

“Major institutions and traditional banks are also engaging with crypto. But it’s clear this is a powerful and constructive technology with enormous growth potential over the next few years and beyond.”

As the regulatory landscape around the industry continues to evolve, so are new use cases from NFTs to gaming and sports to supply chain, Horton said. “Consumer interest is strong and that helps drive new vectors of innovation and adoption,” he said.

The energy within this space will create ripple effects through banking, fintech, and e-commerce, he said.

“The more I learn, I see blockchain technologies as another great enabler, much like the internet was in its early days. The enthusiasm and pace of innovation in this new ecosystem is astonishing, which, at its core, strikes me as being about freedom and removing friction.”

In addition to his role at Walmart and Blockchain.com, he is a partner at Global Infrastructure Partners and General Electric. He was formerly lead director of tech firm Qualcomm and chairman and CEO of American Airlines.

Intel is preparing to introduce a new Bitcoin mining accelerator that it claims will harvest BTC 1,000 times more efficiently than standard GPUs.

Intel Labs plans to ship its energy-efficient mining accelerator to customers this year.

The $195-billion computing giant says established Bitcoin outfits like Argo Blockchain and Jack Dorsey’s Block (formerly Square) have already shown interest. Intel will give a presentation on its new circuitry at the International Solid-State Circuit Conference to be held virtually next week.

Bitcoin purposefully uses energy-intensive computing to secure its network and distribute new tokens. Bitcoin mining uses “SHA-256” cryptography, making it prohibitively expensive for anyone to control a majority of the network’s computations (its hashrate).

These costs also prevent double-spending and enforce honest accounting onto all participants. Blockchain consensus built on SHA-256 cryptography is the only known solution to the Byzantine Generals Problem (BGP), a paradox of human coordination with untrusted counterparties.

BGP was considered unsolved since it was first introduced by NASA researchers in the late 1970s. That is, until Satoshi Nakamoto’s peer-to-peer network for trustless payments dropped in 2009, inventing Bitcoin.

According to estimates from the Bitcoin Mining Council, an open forum of global Bitcoin operators, nearly 60% of Bitcoin’s power usage comes from a sustainable mix of renewable energies like hydroelectric dams. Bitcoin mining also uses some stranded natural gas that otherwise would’ve been flared into the atmosphere.

Looking at the Bitcoin price chart, we can see that BTC is marginally down during the ongoing session, as buyers and sellers look to establish control. If sellers take control, we could see BTC drop to $43,000. However, if BTC is able to recover, we could see BTC push past $44,000.