Chainlink: Bridging The Gap Between Smart Contracts And The Real World

Chainlink (LINK), in short, is a network of decentralised oracles (we’ll explain what they are shortly) that feed information to smart contracts on blockchains.

Launched in June 2017 by the aptly named company SmartContract, Chainlink has been a success story largely from the start.

The team behind Chainlink have been creating smart contracts for more than five years and found that many of them require streams of live data to confirm if events have taken place.

By creating this decentralised network, Chainlink will be able to connect smart contracts across blockchains.

Is Chainlink a wise investment? Let’s find out.

What is Chainlink trying to achieve? 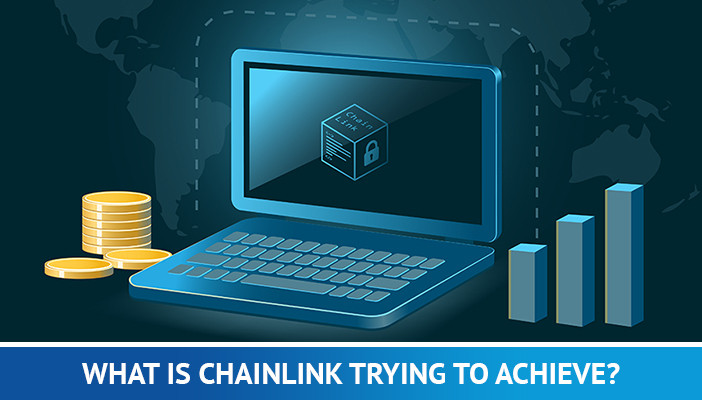 The key thing Chainlink is trying to achieve is to create smart contracts that rely on real-time data.

An oracle is an ‘agent’ that goes out and confirms real-world data and reports this information back to the smart contract.

Blockchains that use smart contracts need oracles because they cannot access information outside of their network largely due to the way they are created cryptographically.

However, there is a key problem with oracles in that they are largely centralised and therefore all their information comes from one source, which may not be correct all the time.

We also may not be sure we can completely trust an oracle.

Today there is not really a great oracle service out there, instead, there are centralised oracle services run by small groups of people, you can't tell how accurate they are.

If incorrect data is given to a smart contract, it may trigger it at the wrong moment, which in some cases can be disastrous.

Ethereum and other smart contract platforms need real-world data to work. It is a vital thing that will not work without it.

Chainlink wants to be the middleman between smart contracts on the blockchain and the real-world.

What they propose is a secure network of oracles on a decentralised blockchain, to allow smart contracts to connect with external data with the correct data.

Supposedly, anyone with a data feed will be able to supply data for smart contracts and in return receive LINK tokens.

These individuals or organisations are called ‘Node Operators’.

Another thing Chainlink is trying to do is create interoperability between different blockchains; to create a network of decentralised blockchains.

Who is working on Chainlink?

The primary persons behind Chainlink are CEO Sergey Nazarov and CTO Steve Ellis.

Nazarov has had a vested interest in cryptocurrency since 2011 and is a serial entrepreneur. Before working on Chainlink, he worked on Secure Asset Exchange, an exchange network, and CryptoMail, a decentralized email service.

Chainlink has been very successful in gaining partners.

One of their biggest partners is SWIFT (Society for Worldwide Interbank Financial Telecommunication), the leading global exchange operator for banks and connects over 11,000 financial institutions worldwide.

SWIFT is working with Chainlink to create their SWIFT Smart Oracle which will connect smart contracts to data feeds.

Partnering with SWIFT is a big deal and created a lot of hype about Chainlink.

Chainlink is also working with Google and organisations like IC3 as well as many academics.

How does Chainlink work? 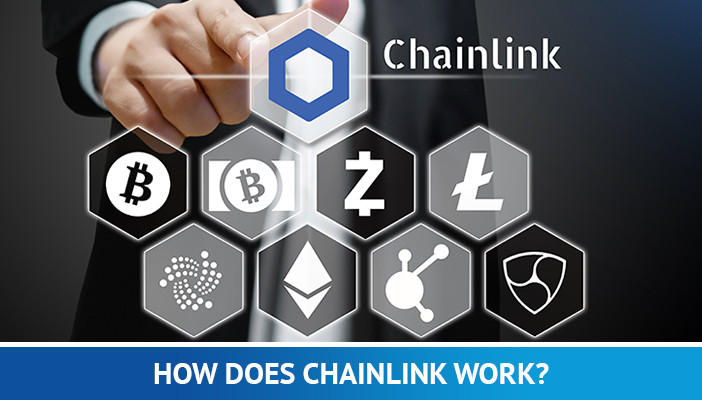 Chainlink will create a blockchain of different oracles and users will be able to check how good oracles are by checking their past performance.

The Chainlink network is made up of two parts: on-chain which works on the blockchain; off-chain, which is information in the real world.

The two parts will need to interact efficiently for Chainlink to be successful.

Smart contracts will use data from multiple oracles to gain a consensus on if an event has taken place.

Oracles are also expected to use multiple sources of information as well.

The LINK token will be used for smart contracts and to pay Node Operators and all parts of the contract have a cost associated with them.

Smart contracts will also have the option of implementing a penalty fee for misbehaving, which the oracles will have to pay.

So far, Chainlink can provide a decentralised oracle network to Bitcoin, Ethereum and Hyperledger.

The number of blockchains Chainlink will work with will likely increase as time goes by.

Chainlink launched its mainnet on top of Ethereum and the LINK token is an ERC20 token, however, as it grows in popularity, it may move and set up its own blockchain.

Chainlink is also being built with upgradability in mind so theoretically, as time goes by it will be able to continue being developed and not fall behind.

To find out more about how Chainlink works and how they are changing smart contracts, you can check out their white paper.

How has Chainlink performed?

Chainlink has the 16th largest market cap and one LINK token costs $2.22.

Looking back at Chainlink historically, Chainlink reached its highest market capitalisation of $1.4 billion in June 2019 and one token cost $4.05, almost twice the value it is today.

The lowest value of Chainlink was $0.13 per LINK token upon its release.

Chainlink is relatively new on the crypto scene and so it just missed being launched in the 2017 bull run.

Conferences have also had a positive impact on Chainlink’s performance.

As always with this question, it is hard to tell.

Many cryptocurrency commentators believe that the crypto market is more mature now and that another bull market like the one in 2017 is less likely.

That said, if Chainlink partners with a large bank or payment provider like Visa or MasterCard, the LINK token could dramatically shoot up in value, as well as other cryptocurrencies.

The value of the LINK coin will gradually increase as more partnerships are attained.

It should also be pointed out that Chainlink has risen very quickly in a short period, which could be seen as a good sign that it may continue to grow.

Is Chainlink worth investing in? 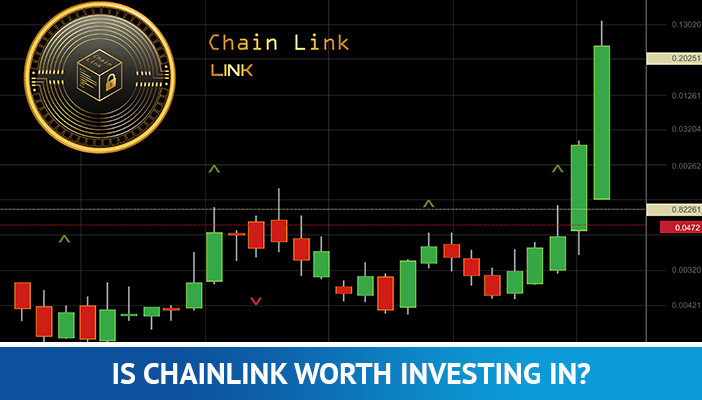 If you believe that smart contract technology and interoperability between blockchains is the way forward, then Chainlink may be a wise investment for you.

Chainlink has proven that it can get large organisations such as SWIFT into blockchain technology and it is still early days.

It is very likely that Chainlink will succeed, though by how much is yet to be seen.

If it is capable of continuing to pull this off, it may partner with more large companies and blockchains that need similar services for smart contracts.

However, this doesn’t necessarily mean that Chainlink will become the number one cryptocurrency.

The way in which it has been designed is to work alongside existing cryptocurrencies, not to replace them.

Another thing to have in mind is that the LINK token wasn’t designed to be transacted and so its use will likely remain in smart contracts.

But like many other cryptocurrencies, not many were designed to be speculative investments.

Chainlink will likely turn away crypto enthusiasts who will probably view it as a tool for big business.

By working with banks, Chainlink will be in direct competition with Ripple, which will be tough to beat.

Another rival would be Aeternity, which is also looking at creating a decentralised network of oracles.

Chainlink will also be competing with other blockchains that are attempting to offer interoperability. That said, it looks like it is ahead of them so far.

Although technically anybody could become an oracle, most likely it will be large organisations like the New York Stock Exchange and it will be hard for individual users to compete.

This may mean that Chainlink could end up quite centralised, the opposite of what they are trying to achieve.

Learn to trade Chainlink with our cryptocurrency course