IOTA is perhaps one of the biggest alternatives to blockchain technology available today and will likely shake up the cryptocurrency world in more ways than one.

In short, they plan to make it possible for machines to pay for things using cryptocurrency and the Internet of Things.

What is IOTA attempting to achieve?

IOTA is attempting to remove transaction fees and cut transaction times down by utilising the Internet of Things (IoT), hence its name.

They claim to be a third-generation cryptocurrency that can allow micro-transactions between any device.

This is important because most blockchains struggle with microtransactions, such as buying a coffee.

Fees might outweigh the actual transaction and miners are likely to ignore small transactions because the reward would be insignificant to them.

This can mean that small transactions can take a long time to be confirmed.

Because IOTA is designed to be so light, any device can use it as long as it has a connection to the Internet.

Cars can pay for their fuel, houses can pay rent or their mortgage or utility bills.

Machines can even use IOTA to interact with each other and create a machine to machine economy where machines can pay each other things for services.

IOTA is being developed by the IOTA Foundation, a non-profit organisation which is headquartered in Berlin, Germany

The IOTA Foundation and has partnerships with Audi, the VW group, Bosch and Microsoft, and a plethora of universities.

How does IOTA work? 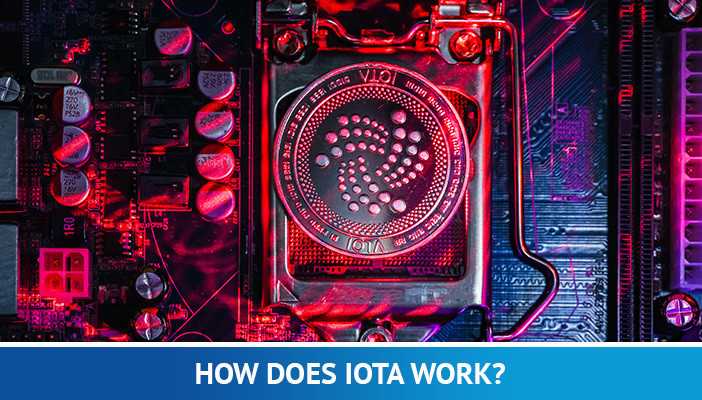 The most crucial thing about IOTA works is that it doesn’t use blockchain technology. Instead, what it uses is a DAG (Directed Acyclic Graph).

It calls its algorithm ‘The Tangle’ and they believe it is better than blockchain technology and it is relatively simple to understand.

Every connection between nodes is called an ‘edge’. This where transactions get confirmed.

Theoretically, there is no direct line in the Tangle, however, new transactions will always be at the ends of the graph.

Transactions or as they are also known as ‘sites’ and the end are called ‘tips’. They are waiting to be verified by the next transactions which will follow them.

Every transaction that is added must confirm two before it.

The longer a transaction is accepted on the network, the harder it will get to perform a double-spend.

Supposedly, as more transactions are added, IOTA gets faster, not slower as many blockchains do. However, this is still theoretical and is not yet tested.

Quantum computers are a potential threat to the Bitcoin network because they could overpower and gain control of the network.

Because IOTA doesn’t use blockchain technology, it doesn’t require mining, which means there are no fees which makes IOTA significantly cheaper to use.

However, there are no advanced features such as smart contracts or dApps. There is also a fixed supply of IOTA tokens.

That said, the number of IOTA tokens is very large, approximately 2,779,530,283 MIOTA, which is a mega IOTA which is a million IOTA coins.

So the actual number of IOTA coins is almost three quadrillion (15 zeroes, the next step after a trillion).

How has IOTA performed? 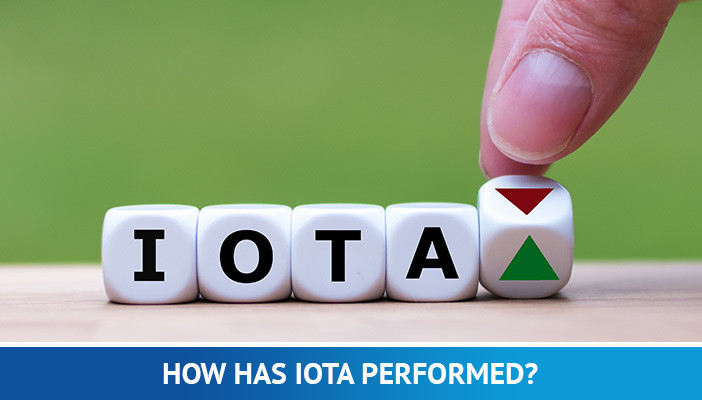 According to CoinMarketCap, at the time of writing, IOTA is the 19th largest cryptocurrency by market capitalisation.

Since IOTA’s release, there has been volatility with IOTA opening very high against Bitcoin particularly.

IOTA’s highest market capitalisation was approximately $14.5 billion in December 2017. A few months later in May 2018, after a major decline, it peaked again at approximately $7 billion.

From that point until now, IOTA has largely been ranging in price, hovering around the $1 billion mark.

For IOTA to climb back to similar highs, it will likely need to improve its user experience and increase adoption among machines.

Many prominent figures in the cryptocurrency world have concerns over how well IOTA works.

One of the most vocal against IOTA is Richard Heart.

Heart claims that a DAG is only good for storing data and doesn’t like the developers.

He is particularly critical about how IOTA’s wallet works, believing that it is not very secure and doesn’t like the user interface.

However, it should be mentioned that Heart is a controversial figure within the cryptocurrency world. While some of what he says has some grounds, it should be taken with a pinch of salt.

It also should be mentioned that much of his critique of IOTA has been directed against its interface.

He believes IOTA should be working now while it is very young and still needs time to develop like many other cryptocurrencies.

There are also many out there that believe IOTA is a scam.

However, the team behind IOTA are very open and recognisable. Arguably, if IOTA was a scam, it would be very unlikely that they would use their real identities.

There was also a great deal of controversy when the founders were shut out of directors board of the IOTA Foundation and waiting for board seats for more than four months.

One of the founders even asked for the chairman of the board, Dominik Schiener, to quit.

The foundation faced criticism when the Schiener supposedly said that an independent security researcher “needed a slap”.

In response to this, the University College of London cut off ties with the IOTA foundation saying that is was “inappropriate for security researchers to be subject to threats of legal action for disclosing their results”.

Some of the controversy directed towards IOTA maybe because it doesn’t involve mining. It is a threat towards the cryptocurrency mining industry and they may want to quell it.

Others have pointed out that because there is no mining, there is no incentive to work on the network. With blockchains, there are incentives through mining.

That said, there are also a number of technical issues which need to be addressed as well.

Tangle doesn’t have a timestamp feature which most blockchains have. Because of this, the Tangle cannot determine the order in which transactions are made.

On top of that, some claim that DAGs scale in theory, but not in actual practice. It may be possible that the Tangle may run into the same problems blockchains do.

Critics claim that IOTA can only protect against double-spends if all nodes have all transactions, and that’s not feasible if you want to scale.

There are also people arguing that IOTA is not production-ready, which explains why its wallet features and interface do not work well, at least for the time being.

Perhaps the biggest critique of IOTA is that it may not be secure against a 51% attack.

For tangle to be controlled, only 34% of the network needs to be attacked, which makes it considerably more vulnerable than blockchain. 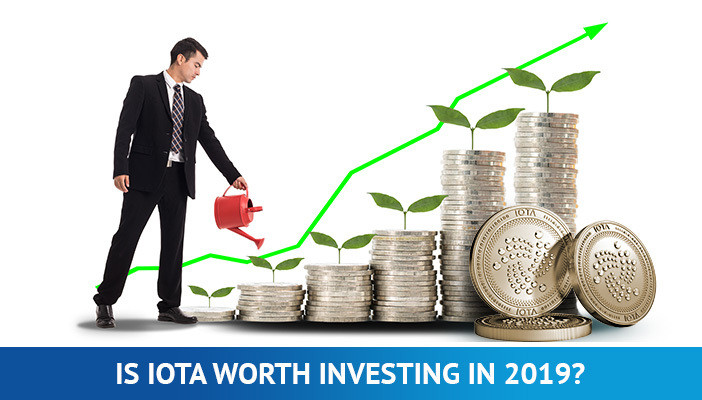 The primary issue behind investing in IOTA is if a DAG is a better system than blockchain. If you believe that it may work better, IOTA may be a good investment for you.

Another major issue IOTA supporters have to contend with is the team behind IOTA. If they can put this controversy behind them, they may be able to gain more interest in the project.

You should also believe that the IoT will become a reality. We are still very far off from it being implemented in many products. It may just be a utopian idea, for now.

It is also worth mentioning that traders should remember that most exchanges list IOTA as MIOTA (one million IOTA coins). One IOTA is not worth much.

To trade it effectively, you will need to trade it as MIOTA.

Learn to trade IOTA with our cryptocurrency course