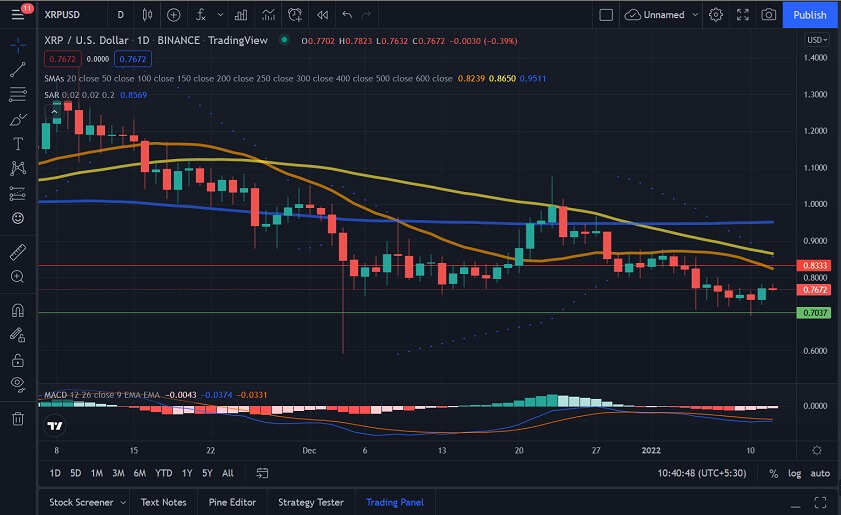 After dropping to $0.76 on Friday, the Ripple price continued to drop on Saturday, falling to $0.74 after a fall of 2.33%. XRP was able to register a marginal recovery on Sunday, rising by 0.98% and settling at $0.75. However, XRP was back in the red on Monday, falling by 1.71%, before recovering and rising by 4.11% to $0.77 on Tuesday. The current session sees buyers and sellers struggling to take control of the session, with the price at $0.76.

We can see that the MACD is currently bearish, indicating that we could see a further price drop. 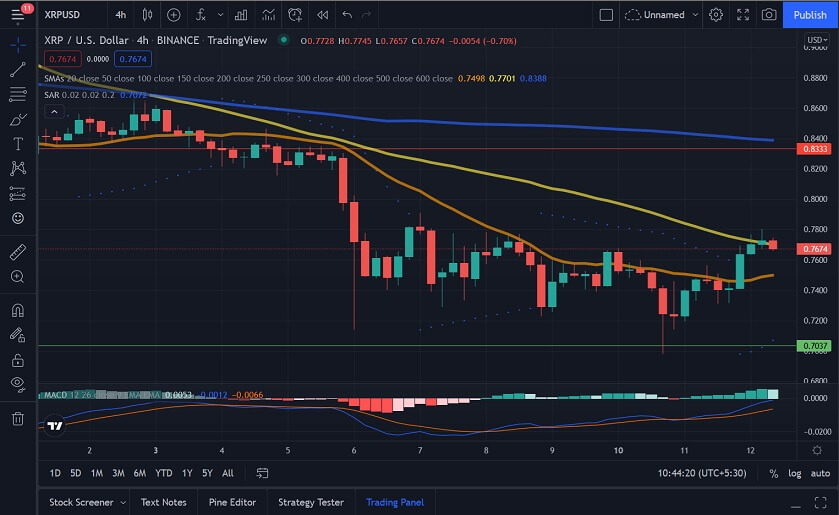