The Bitconnect Scam: The Biggest Price Plunge In Crypto History

The Bitconnect Scam: The Biggest Price Plunge In Crypto History

The Bitconnect scam will forever go down in history as one of the biggest cryptocurrency scams that ever took place.

In the space of a couple of years, Bitconnect tricked thousands of people into investing up to $3 billion before being shut down, devastating the lives of many.

Bitconnect also serves as a warning to us of how damaging scams can be not just to the victims, but to the whole industry.

In this article, we’ll look at what the Bitconnect scam was, how it affected the cryptocurrency market and how you can keep away from such scams.

What was the Bitconnect scam?

Quite simply, Bitconnect (or, as it is sometimes written, BitConnect or bitconnect) was a Ponzi scheme that leveraged an open-source cryptocurrency that used the BCC ticker symbol.

The origins of the Bitconnect scam are not completely clear, though it is widely believed that it started in India.

What is known is that the company BitConnect Ltd. was registered in the UK in 2016.

It is also believed that the scheme was originally started to popularise Bitcoin, that said after the ICO it appears that Bitconnect focused solely on people buying BCC.

Before it had even launched Bitconnect attracted a lot of negative attention from those involved in the cryptocurrency community.

Like many scams (related to cryptocurrency or not), Bitconnect promised high returns of up to 10% (which is huge!).

The primary factor behind the Bitconnect scam was its lending platform that used a supposed trading bot.

The business plan is very fishy from the get-go:

The bot, they asserted, was able to make returns better than the average day trader. They claimed that the bot was making at least 1-2% daily (again, this is a ridiculous rate of return!).

The scheme had different tiers for how much you invested in the scheme.

Depending on your tier, you could either get rewarded by receiving a higher daily return or get back what you invested sooner.

Those who had invested in the scam were also rewarded for bringing more people into the scam.

In fact, the majority of people who were making money were actually making it through affiliate links, not from the trading bot.

The referral programme was prominent on social media and YouTube with many YouTubers making videos about the money they had made.

The YouTubers who made these videos would often boast about their gains, but none of it was from trading BCC or the lending platform, it was all from referrals.

At the height of the scam in December 2017, Bitconnect was one of the top 20 cryptocurrencies in the world and one BCC would cost you $463, a tremendous increase from $0.17 at the beginning of the year.

The first and only annual ceremony

While the Bitconnect scam lost investors a lot of money, for many observers it will always be remembered for its first and only annual ceremony that took place in Pattaya, Thailand.

Bitconnect became synonymous with Carlos Matos and this famous YouTube video. We really encourage you to watch it to get a sense of the insanity.

Perhaps even more comically, he talks about how people told him that they thought it would be a ‘con artist game’ and that even his wife didn’t believe in him.

It has since become the inspiration for a number of memes. 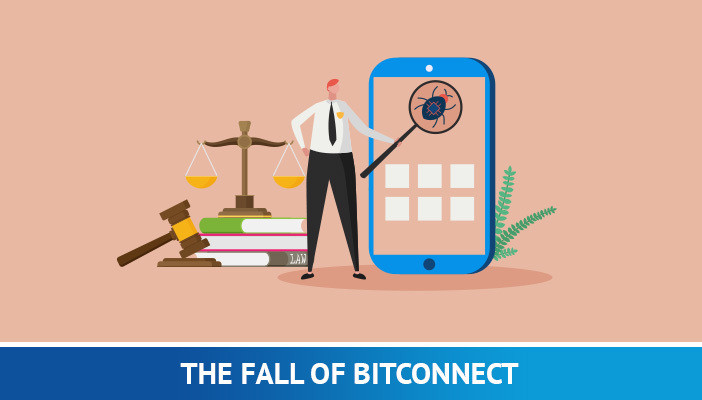 Despite a lot of scepticism from people who were involved in the cryptocurrency community, Bitconnect was doing pretty well for itself.

At their height, they made up to $3 billion, and then their site suddenly disappeared.

Users were then informed that Bitconnect was shutting down its lending platform and anyone who had invested would receive Bitconnect tokens (BCC).

It then became known to the wider public that the US District Court, Western District of Kentucky had issued a temporary restraining order on Bitconnect and froze their assets.

Now, a key thing to remember about Bitconnect tokens were that they were tied to how well the trading bot was performing.

People then realised that the trading bot had likely been shut down or potentially never existed.

This meant that the value of the coins was highly questionable, and so this started a huge selling spree.

In total, Bitconnect lost up to 95% of its total value in a couple of days, which was roughly equivalent to $2.5 billion.

When the Bitconnect scam broke out, it not only devalued BCC but many other cryptocurrencies as well.

Today, Bitconnect is a big joke among the cryptocurrency community and a quick Google search will bring up a lot of memes, mostly featuring Carlos Matos.

You could say that Bitconnect has become an even bigger joke than Dogecoin, albeit not intentionally.

More recently, Matos has turned against Bitconnect, claiming that he also lost money and has felt victim to scams before.

He claims that he originally invested $26,500 and at the height of Bitconnect’s success, could have taken $250,000, but didn’t decide to withdraw until it was too late.

But sadly, the story of Bitconnect will not prevent more people from losing their life savings investing in fake cryptocurrencies.

Today, the cryptocurrency scam OneCoin is still going strong and has supposedly acquired more than €4 billion.

The only way to overcome such scams is to teach people more about how to spot them and how cryptocurrency works.

The biggest problem with cryptocurrency is its own success. People hear about the immense gains that some people have acquired and believe that it is possible for anyone.

Unfortunately, this is simply not true.

Many people who made their fortunes trading cryptocurrency were lucky and got into a good thing very early.

For the majority of people, this is just not possible, and they should instead aim to make sustainable gains over time.

The scam goes on…

The closure of Bitconnect did not immediately end the scam. Like many other scams, the creators simply changed the name.

One of the reincarnations of Bitconnect was BitConnectX and, just like its predecessor, it is a clear Ponzi/pyramid scheme.

It is highly likely that no matter how many times such scams get shut down, another one will always pop up in its place.

How can I protect myself from such scams? 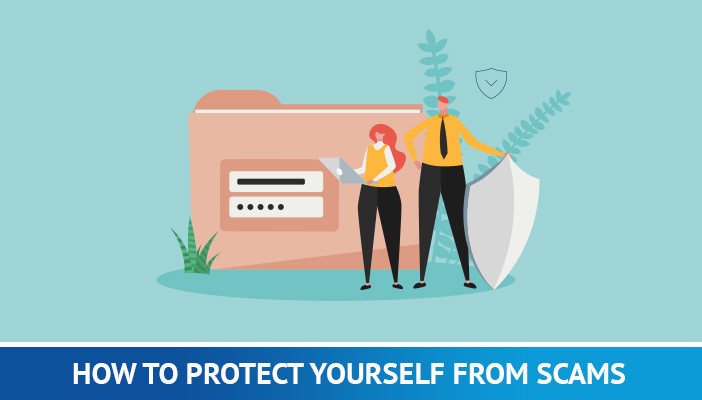 For many, pyramid schemes are not obvious until they fall apart, but there are things you can look out for when you are suspicious of a scam.

First and foremost, never trust anyone that guarantees you returns! Ever! In trading, this is simply not something that you can promise.

It is always possible to lose everything you invest or at the very least make losses some of the time.

Secondly, people need to get over the idea of making tonnes of money with cryptocurrency, as mentioned above.

To really make money from trading cryptocurrency, you need to have a plan, just as you would with any other tradable instrument.

There were also a number of other things about Bitconnect that raised red flags.

One of the first was that there was no immediate option to withdraw your money.

The majority of people who invested in Bitconnect would have to wait more than 100 days to see their profits. Locking up your cryptocurrency like this is very risky.

Another important lesson learnt from Bitconnect is to be cautious of trading bots. Even if Bitconnect had one, they are known to either be massive scams or make massive errors.

You should also make sure that you listen to influential individuals in the cryptocurrency community.

They have seen it all and can usually spot a scam with ease, often from the very beginning as many did with Bitconnect.

You should also be able to find out who is behind the cryptocurrency. For example, everyone knows that Vitalik Buterin is the creator of Ethereum.

Typically, those who orchestrate scams want to keep their identities hidden.

Further to that, you should be able to research how a cryptocurrency works. With Bitconnect this wasn’t possible because there was no white paper.

When things seem too good to be true, they usually are

Bitconnect is a great example of something simply too good to be true. Not only were they a cryptocurrency, but they were an exchange too.

Think about it; you loan them your coins and in return, they use the funds to trade using a bot and you get interest in return? There are so many red flags in that kind of business plan.

If you enjoyed reading The Bitconnect Scam: The Biggest Price Plunge In Crypto History from Trading Education, please give it a like and share it with anyone else you think it may be of interest too.