OneCoin: The Biggest Cryptocurrency Scam Ever

OneCoin is more than just a cryptocurrency scam. It has been compared a cult because of its strong but ill-informed, quasi-religious following.

OnceCoin scam is so huge it has brought in approximately €4 billion, €100 million from the UK alone, with people around the world getting caught up in the scam.

OneCoin claimed to be a Bitcoin killer and would become the number one cryptocurrency worldwide.

The truth is OneCoin never had a blockchain and operated as a pyramid scheme. Somehow, despite all the allegations against them, they are still operating today.

In this article, we’ll explain exactly how OneCoin is the biggest Cryptocurrency scam ever, how it operates, the FBI’s investigation and what we can learn from the whole situation.

How does the OneCoin scam work? 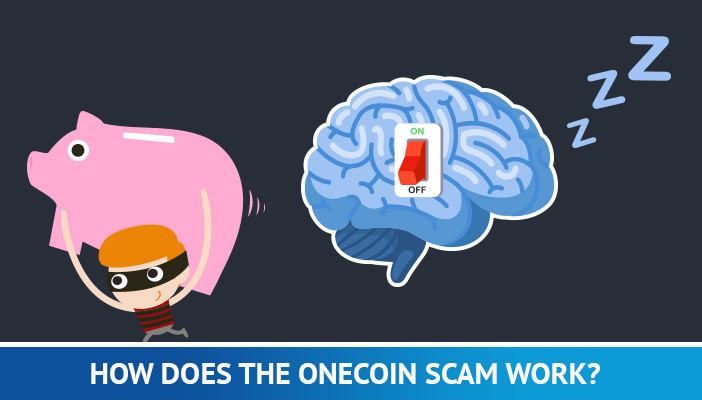 From the outset, OneCoin didn’t want tech-savvy people. They only target people who are not very educated on cryptocurrency and technology in general.

They used the terminology of real cryptocurrencies to appear genuine, recycling similar ideas.

For example, they promised banking for the unbanked and to democratise money, arguing that people will be able to use OneCoin on their phone if they have an Internet connection.

They claimed to have over two million users by 2016, which they said was more than any other cryptocurrency. By 2017 that number was supposedly as high as 3 million.

Much of what OneCoin told its followers was twisted truths and lies.

In 2016, OneCoin claimed to have a market capitalisation of $4.5 billion, just below Bitcoin.

And at the same event claimed that to mine one Bitcoin would take one year, which is completely false.

Further to that, they also said that there are almost no merchants accepting Bitcoin which again is a twist on the truth.

OneCoin made their money by selling their plagiarised educational packages which came with what they called ‘mining tokens’.

They claimed that they must be put into a mining system and then get you OneCoin.

It is believed that the educational materials were only there to say you didn’t by tokens or even OneCoin. Instead, you are buying education from an educational company.

Interestingly, the word OneCoin doesn’t show up in any of their educational packages.

Though it is highly likely that no one was interested in the educational packages, they only wanted OneCoin.

Today, OneCoin still post on YouTube. They are very active in trying to disprove that they are a scam, often using bots to downvote videos that show them in a negative light.

Some have even referred to their actions as cyber warfare.

Perhaps the worst part of the OneCoin scam was that the mining was fake. The ‘mining tokens’ are worthless.

Though OneCoin claimed to have mined the first coin in 2015, it is well-known now that OneCoin never even had a blockchain to start with.

They used a Japanese recruitment company to try to hire someone to build a blockchain while at the same time they were lying to their users that they had just launched a new blockchain.

New miners are told that they must wait three to six months before their coins are mined.

OneCoin was already supposedly fulfilling transactions without the use of a blockchain.

Even if they then got one, all the past transactions made would not be included and would expose them as frauds.

As they didn’t have a blockchain, they were likely running OneCoin through a centralised database.

They eventually revealed that they are using SQL database, a type of database that cannot operate a blockchain.

This is problematic because if you put something into a centralised database, it can be changed.

With blockchain, changes are impossible because they are decentralised and spread across the network.

This means that OneCoin can do whatever they like, including changing the price of the cryptocurrency and potentially remove transactions or even censor individuals.

The lowest package offered by OneCoin is €110 and prices went all the way to €228,000, its largest package. 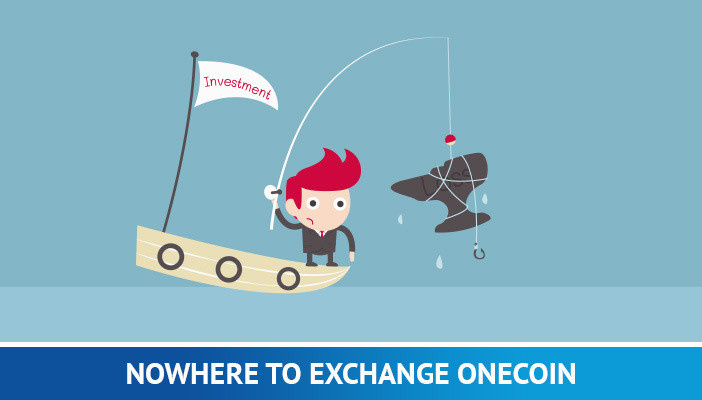 Another flashing light that OneCoin is a scam is that OneLife is the only place to buy OneCoin. There is nowhere else to buy, use them or trade OneCoin.

OneCoin claimed to be creating an exchange. However, they kept pushing back the date it will open. It most likely will never open.

The only known place that appears to accept OneCoin is DealShaker.

The DealShaker platform is where people can put goods and services and trade that for OneCoin or a combination of OneCoin and euros.

It appears that DealShaker may be a fake business to show that they have commerce happening with OneCoin.

With other cryptocurrencies, people can buy and sell on public exchanges for fiat, these options were not available for OneCoin.

The organisational structure of OneCoin mirrors that of a pyramid scheme where everybody pays to the person above.

There are two parts of the company, OneCoin itself which deals with hosting and marketing the platform, and then there are the affiliates who bring people in making a commission.

Local promoters organise meetups, they spread the OneCoin scam in their region, like ambassadors.

Some of these local promoters made a lot of money and sincerely believed it not to be a scam.

OneCoin had a lot of growth in Asia, particularly China, did a tour of Africa and even opened offices in Dubai.

Members were part of the OneLife network and talked about how to change the world. They even had a hand sign comprising of a circle and a one.

They held webinars day and night every single day lasting up to an hour and a half, hosted by very upbeat and passionate people.

These webinars were most likely designed not to educate but to convert new followers.

OneCoin’s following is so huge, people even wrote songs about it and held beauty pageants. Within two years OneCoin gatherings were packing arenas, even Wembley Arena in London.

Who is Dr Ruja Ignatova? 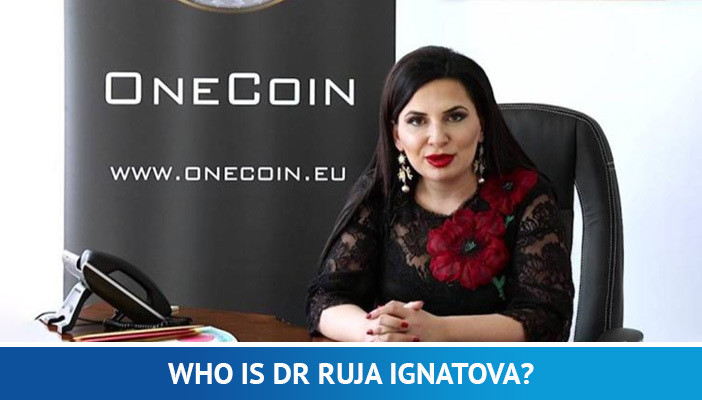 She called herself the ‘cryptoqueen’ and appeared on the front cover of prestigious business magazines such as Forbes Bulgaria (though it has been revealed this was paid for).

Supposedly, Ruja is fluent in several languages and it is alleged that she made forgeries claiming to have possibly two doctorates, including degrees from Oxford University and a PhD in law.

She argued that the banking system was old and echoed many of the same beliefs that many people within the cryptocurrency community stand for.

Ruja liked to compare OneCoin with Bitcoin and make it look like OneCoin was more successful.

In late 2017, Ruja disappeared as one of Europe’s richest women after failing to show up at a OneCoin event in Lisbon, Portugal. No one knows why.

She was last seen in public on her yacht in Sozopol on the Bulgarian Black Sea coast.

It is known that Ruja flew to Athens from Sofia. Some believe that she may have been tipped off that the FBI was after her.

Though it is very possible that Ruja could even be dead or kidnapped.

She is on the FBI’s wanted list and was formally charged in absentia with the US authorities declaring OneCoin to be a fraud.

However, as of today, Konstantin is now in jail in New York awaiting trial.

It appears the FBI wants to put a lot of the blame for the company’s actions on top of Konstantin as they are unable to find Ruja.

That said, Konstantin’s lawyers appear to be suggesting that they will play dumb and try to push the blame onto Ruja, who is still missing.

Konstantin was caught in Los Angeles Airport waiting to fly back to Bulgaria after attending OneCoin meetings.

Two other individuals have also been arrested in the USA; Mark Scott and Sebastian Greenwood who oversaw marketing.

It is believed that one of these individuals may have laundered money through OneCoin. Plus, before OneCoin, Ruja and Sebastian also worked on another scam.

Slowly but surely a noose is tying itself around the people involved in OneCoin with some entities and bank accounts around the world closing down.

However, people are still working at OneCoin’s offices in Sofia, Bulgaria.

The fact that people need to pay in fiat to get OneCoin, not with other cryptocurrencies means that it should be theoretically easy to track down the payments.

However, it is difficult for victims of OneCoin to attack them because they paid off many law firms to confirm that their materials were educational.

Not only did this give them legal backing, but it also meant that many law firms were not able to represent people opposing OneCoin.

Lawyers cannot go against their paid clients. This is called seniority.

What can we learn from the OneCoin scam? 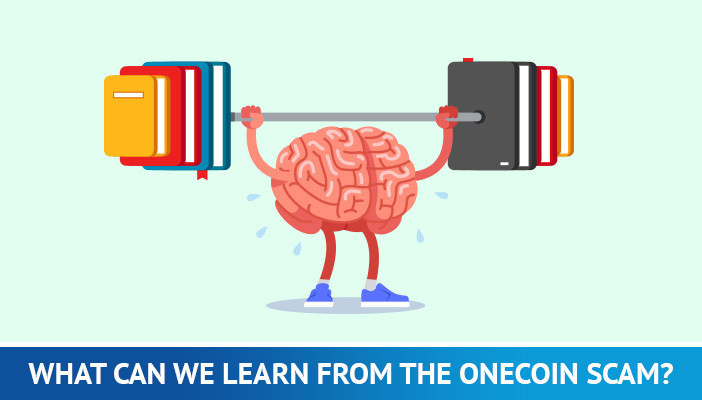 Some people believe that they will never be able to get rid of OneCoin. Part of the reason why is because it is so global.

Unfortunately, it is easier to scam people than convince them that they have been scammed.

This has happened to many of the victims of OneCoin who have been brainwashed into thinking those that attack OneCoin are ‘haters’.

They don’t want to believe it is a scam because they have invested so much money into OneCoin.

To combat scams like OneCoin, people need to be better educated on cryptocurrency.

If people understood how blockchains worked, they would be able to spot that OneCoin was a scam immediately because it didn’t have a blockchain.

People also need to be made more aware of how to spot such scams as well. Specifically how to research outlandish claims such as those made by OneCoin.

For example, when they claimed in 2016 to have the second-largest market cap after Bitcoin, people should have fact-checked this.

If they did, they would have seen there was no evidence of this.

If you enjoyed reading OneCoin: The Biggest On-going Cryptocurrency Scam Ever from Trading Education, please give it a like and share it with anyone else you think it may be of interest too.