Some of the world's best investors understand the importance of diversifying their portfolios. Even if stock is your primary investment priority, you should endeavour to buy stocks of foreign companies, especially if they are performing well. The Alibaba Group is one of the most popular companies in the World, and you can buy its stocks today.

As our tradition demands, we are not going to rush you through some figures. Rather, we are going to discuss some of the most important things you need to know about the Alibaba stock and then go through the price predictions in a detailed manner. We will also answer some frequently asked questions about the Alibaba stock to help you determine if it is the right investment for you.

If you want to buy Alibaba shares quickly and easily, with 0% Commission, check out eToro!

What You Need To Know About Alibaba 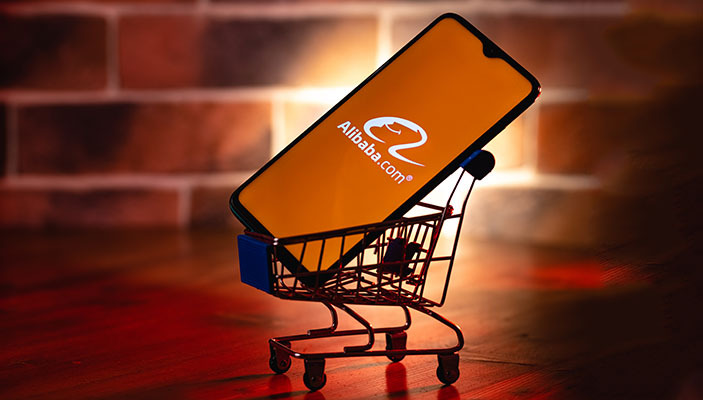 Alibaba Group Holding Limited is a Chinese multinational technology company that focuses on retail, e-commerce, technology, and the internet. Though it was founded as a web-based retail company, Alibaba has diversified widely. The company operates chains of businesses in different sectors and is recognized as one of the world’s largest retailers and e-commerce companies.

Alibaba is often regarded as the Amazon of China because of the similarity in operation. Just like Amazon, the company has evolved from a web-based retailer into a big tech company with interests in e-commerce, artificial intelligence, cloud computing, retail, entertainment, mobile media, films, TV shows, and more. Of course, the company has several subsidiaries, including Alibaba Cloud, AliExpress, AliGenie, AliOS, Tmall, Taobao, Lazada, and more.

Alibaba was founded by Jack Ma in 1999. The company had to build from its little beginning and only went public on the New York Stock Exchange in 2014. It is worthy to note here that Alibaba’s Initial Public Offering was the largest IPO in the world's history at the time it happened. It has become one of the biggest venture capitalists in the world. Again, it hosts the largest B2B (Alibaba.com), B2C (Tmall), and C2C (Taobao) marketplaces in the world.

Alibaba may not be recognized as the biggest company in China, but it is probably the most popular company from Asia. It is actually a global player with a good reputation.

Now that you have decent background knowledge of Alibaba, it is time to discuss its stocks.

Instead of rushing into Alibaba (BABA) stock price predictions for the coming years, we will discuss its price history. Understanding how the stock has performed since it was made available to the public will make you appreciate the price predictions better and also help you determine whether it is the right stock for you. We will make use of reliable data from Yahoo Finance.

Ready to Invest in Alibaba stock?

From the paragraphs above, you can tell that the Alibaba stock has been rising and falling throughout the years it has been traded on the stock market. That is the nature of the stock market, which is why it is important to have an idea of where a stock is going before buying.

In this Alibaba price forecast, we will be looking at every single year from 2023 to 2030. We will also discuss Alibaba stock price predictions for the remaining months of this year.

Now, it is time to check what the price of Alibaba (BABA) stock will be in the future, and we will start from the current year, 2023.

The price of the Alibaba stock started increasing from the last few months of last year. The current price is still lower than the price it opened at on 1st January. Does it mean this is going to be a bad year for the stock? It is too early to conclude.

In fact, there is a good chance that BAB stock will keep recovering soon, but there is a general feeling that it will rise slowly. On average, Alibaba (BABA) stock price prediction for 2023 is $125.

The Alibaba (BABA) stock is expected to continue on its recovery journey in 2023. But there are some analysts who are not confident that the stock will recover so well expected this year or even in 2023. Wallet Investors, for instance, have one of the most pessimistic Alibaba (BABA) stock price predictions for 2023. The website's 1-year forecast for BABA stock is $41.343, which will be a massive disappointment for investors. However, there are many other analysts who think otherwise.

According to CoinPriceForecast, Alibaba (BABA) stock will recover significantly in 2023. It is projected to reach $181 by mid-year and then rally to reach $221 by the end of December 2023.

Are you planning to hold Alibaba stock in the long run? Then it is important that you get the price predictions for the stock on a yearly basis. This will help you understand the best time to buy. For these yearly price predictions, we will use data from 32 experts.

If things should go well for Alibaba Group and its numerous companies, then 2024 should also be a good year. It is expected that the price of the stock will be $230 after the first six months of the year. By the end of 2024, the price of BABA stock is expected to increase marginally to $240.

It is very likely that the Alibaba stock will continue to perform well going forward. Unless there is another incident that can hamper the growth of the stock in 2025, it is expected to reach $249 in mid-2025. It could then gain further to reach $277 by year-end.

Have you ever wondered what the price of Alibaba stock will be in the long time? If that is what you are currently looking at, then 2027 is the year to watch out for. Alibaba (BABA) stock price prediction for 2027 is $330 for mid-year and $352 for year-end. Of course, the price can be higher or lower, but the figures here are very realistic when you consider the history of the stock and the standing of the company.

With the investments the Alibaba Group has made, it is likely that it will become even stronger by 2028. If this is the case, we expect that the price of its stock will improve significantly, compared to what it is now.

In 2029, the price of Alibaba (BABA) stock is projected to reach $388 within the first six months. The stock is expected to gain more towards the end of the year and reach $396.

2030 could be the year the Alibaba (BABA) stock reaches $400. This is actually expected to happen within the first six months of the year. The BABA stock price could be $405 by mid-2030. By the end of the year, Alibaba could rise further to $414.

Should You Invest In Alibaba (BABA) Stock?

Considering how Alibaba (BABA) stock has performed in recent times, it is understandable that some people will be sceptical about buying it. In fact, some analysts are also predicting that the stock will not recover this year. Wallet Investors, for instance, is projecting that the price of BABA stock will fall even further within one year. Do all these mean that Alibaba (BABA) stock is a bad buy? Not really.

There are several reasons why Alibaba stock has performed poorly in recent times. The coronavirus pandemic is not yet over, and we all know that some people blamed China unjustly. There are also some people who are trying hard to convince some people that Alibaba is not as prosperous as it claims to be. Some believe it a sort of fraud, though there is no atom of evidence to prove that. Once people know better, a lot can change.

Considering what we have discussed so far, investing in Alibaba (BABA) stock shouldn’t be such a bad idea. However, you need to be cautious. There are chances that the stock will not perform as well as it has been projected to perform. Investors and traders need to be careful when buying the stock. It will also be better to invest now that the price of the stock is still low to manage the risks and improve possible profit margin if the stock recovers as we believe it will.

Is Alibaba stock a profitable investment?

We can’t categorically classify Alibaba (BABA) stock as a profitable investment right now. The price of the stock has dropped significantly in recent times, and it may take time before it recovers fully. However, it is possible that the stock will improve gradually, and people who buy now may see it as profitable.

Is Alibaba (BABA) stock good for the future?

Considering how Alibaba stock has performed in recent years, some analysts will advise that potential investors wait for a while before buying. However, based on our Alibaba (BABA) stock price prediction 2023 this may be a good time to buy.

Will the price of BABA stock rise or go down?

The price of Alibaba stock is more likely to rise than go down further. The stock has tumbled severally in recent times, but we don't expect that this will continue for a long time. According to our predictions, the BABA stock is on its way to recovery, so it will rise in the future.

It is possible that Alibaba (BABA) stock will reach $1000 in the future. However, this is not expected to happen any time soon. The stock price is still too far from this goal and our current data shows that it may not attain this height even by 2030.

It is understandable that people are afraid that Alibaba stock will crash. However, there is no need to believe that this will happen. Though it has seen bad days in recent times, Alibaba remains a leader in the retail and e-commerce market worldwide. The group has also diversified into numerous profitable businesses and ventures that are likely to explode in the future. The chances of the stock improving are higher than the chances of it crashing. In fact, it is almost impossible for Alibaba stock to crash.

Is Alibaba stock a risky investment?

Stock market investing is generally regarded as risky. Every stock out there carries an element of risk, and Alibaba/BABA stock is not an exception. Again, considering how it has performed in recent times, we can conclude that Alibaba stock is very risky when compared to the stocks of other big tech companies. However, being risky does not directly translate to being a bad investment.