Are There Too Many Cryptocurrencies?

Supposedly there are approximately 2,957 different cryptocurrencies being traded, of which the top 10 present 85% of the total market value of almost $240 billion.

The majority of them we can see on CoinMarketCap by clicking on the ‘all’ column to the right.

The big question is: Is that too much?

Do we really need so many options, so many alternatives that are ultimately trying to do the same thing?

And that’s not helping speed up adoption in any way and can be said not to be beneficial to traders.

Doesn’t it look more like a scam when there are so many options?

Some, such as YouTuber Ivan on Tech, compare the current situation to Railway Mania which took place in the UK in 1840.

Similarly, others have compared the current number of cryptocurrencies to Tulip Mania.

Sure, some traders may believe that having this many options means there are plenty of opportunities to make money.

In theory, yes, they could be correct. This can be especially true when you get into a cryptocurrency at a very early point before it launches and dramatically rises in price.

But in reality, most traders do not need so many options to make a profit.

Take forex traders for example. Most of them do not need to trade ‘exotic’ pairs, the rare lesser-known pairs, they stick to the majors and the minors, the trusted and known pairs.

Because they are more predictable, and we can see what influences their prices. Exotics can dramatically change in price with little explanation.

Exotics can also be lower in volume which means they can be influenced more easily.

That’s why when it comes to cryptocurrency, it is best to stick to the top 10. Ones that have a proven history and good trading volume.

Lesser-known cryptocurrencies are likely to have less trading volume and are more likely to be influenced by large scale traders (whales).

If they suddenly decide to sell, it can have a huge impact on the price. Further to that, they are more susceptible to pump and dump schemes.

For those that don’t know, pump and dump schemes are where the owner/creator of a cryptocurrency encourages people to buy into their cryptocurrency, which increases the price.

Then, when the price is high, they sell all they own, which is usually a significant portion, and sinking the price and running off with a huge profit.

Pump and dump schemes originate from the stocks market and have been around a long time.

While regulation has come into place to prevent them in the stocks market, there isn’t much regulation in place to stop pump and dump schemes taking place for cryptocurrency.

However, this may change in the next few years.

Meanwhile, cryptocurrency exchanges like Binance allow people to trade over a thousand cryptocurrencies against many different fiat currencies.

While this is surely impressive, you have to ask yourself if this is really necessary?

Some don’t see the number of cryptocurrencies as a problem, in fact, they see it as an opportunity to make money.

However, it should be mentioned that it is unknown how long this opportunity will last. Most likely it will not be long term, albeit, not longer than a couple of decades.

Of course, we shouldn’t forget that not all cryptocurrencies are trying to achieve the same thing.

Ethereum and its rivals, for example, are trying to introduce smart contracts and dApps. Not just take Bitcoin’s number one spot.

And then there are stable coins such as Tether and USD coin, which are tied to the USD dollar, attempting to offer stability.

So, as you can see, it can be beneficial for traders to hedge their bets by trading in different types of cryptocurrency.

In this sense, the large variety of cryptocurrencies is beneficial.

Though another question that pops up a lot; ‘is there is enough reason for all these cryptocurrencies to exist?’

For example, Dogecoin was invented as a joke but is still going strong. Are their days numbered?

Why are there so many cryptocurrencies today?

As you probably know, the first cryptocurrency was Bitcoin, followed by Litecoin in 2011, two years later.

Then, as the 2010s continued, there was an explosion of cryptocurrencies, many of which made claims that they would do what the other does but better.

Many are surprised that this vast number of cryptocurrencies has lasted so long. You really would have expected this number firstly not to rise so high and secondly to have crashed much sooner.

The primary reason there are so many more cryptocurrencies today is that they are getting easier to create. People are getting better at understanding how to create them.

Many cryptocurrencies are created in the Ethereum network as ERC-20 tokens. Ethereum makes it really easy to create new tokens.

If some ERC-20 tokens are successful enough, they leave the Ethereum network and relaunch on their own blockchain.

A large number of cryptocurrencies were created by hard forking Bitcoin or hard forking subsequent hard forks of Bitcoin. 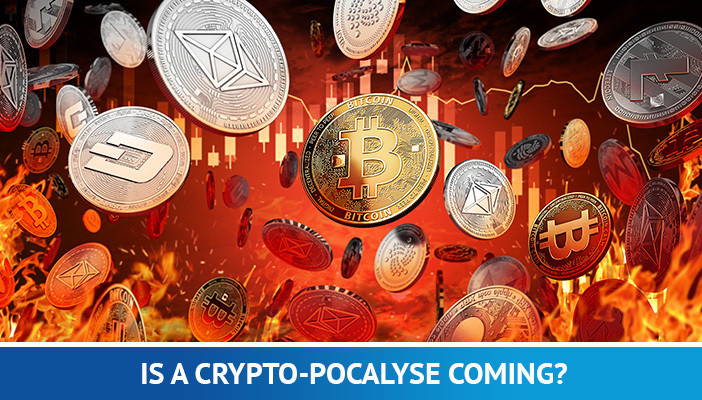 It is highly likely that at some point there will be some kind of ‘crypto-pocalyse’ where the majority of cryptocurrencies will be killed off.

Such an event will likely be an economic one, one that will sink the value of a large portion of the market to nothing.

The cryptocurrencies that survive will likely be ones that have practical use cases, such as Bitcoin.

While cryptocurrencies used solely for online purposes, such as BAT, which rewards users with cryptocurrency for watching advertisements may not live.

Certain niches might survive though like cryptocurrencies used in the gaming world if they stick solely to gaming.

Additionally, we may see some cryptocurrencies thrive in certain places or even certain countries.

Some have cited that in the developing world cryptocurrencies such as Dash are doing particularly well.

Perhaps the only other way that many cryptocurrencies could be killed off is if governments actively start shutting them down.

Some cryptos have an advantage over others

Adoption by banks or other large financial institutions could give a cryptocurrency a strong advantage but will not immediately kill off the competition.

There will still be smaller cryptocurrencies that will believe that they can quietly revolutionise the market.

Well-financed cryptocurrencies will have the ability to market themselves much better, as well as progress much faster on their projects than those with little to their name.

This is because they can hire more people, hire people with more experience and pay for more expensive and high-quality services.

By developing faster, they are more likely to gain a loyal following who can see that they stick to their promises.

Scams are thriving in the current environment 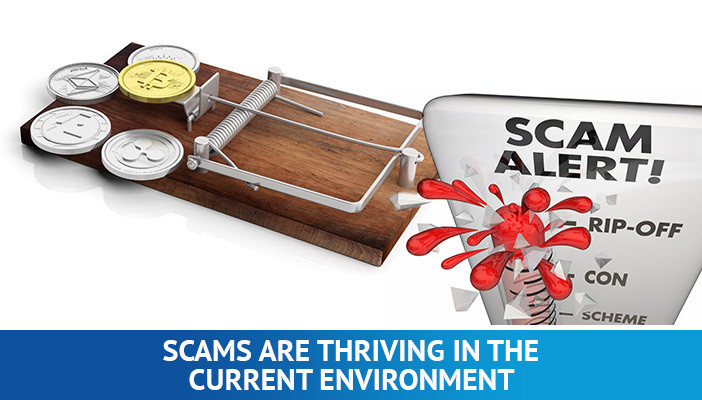 This especially true for those that are not well-educated in cryptocurrency and cannot tell the difference between the real deal and a scam.

Is getting in early the right thing to do?

While it is possible to make big gains by investing early in many cryptocurrencies, it is probably wiser to wait until the cryptocurrency has shown some promise before investing.

Any wise trader would likely want to see how well it has performed historically before making entering a trade.

They will want to see the highs and the lows, understand the risk and the potential profit.

So, are there too many cryptocurrencies?

The short answer to the question about the number of cryptocurrencies is yes, there are probably too many.

This is an important stage of cryptocurrency; it is still developing. We are seeing what works and what doesn’t.

Think of the growth of cryptocurrency like the development of the car.

When mass production of cars started, many manufacturers were trying to build how they thought a car should work.

In particular, how the gears, accelerator and breaks should work. What made the most sense to drivers.

There were many different versions. Eventually, a certain way was decided, and we’ve been with it ever since.

It is very possible that something similar will happen with cryptocurrency as well.