Bitcoin SV has fast become one of the top cryptocurrencies of 2020 and shows no signs of slowing down.

According to CoinMarketCap, Bitcoin SV is the sixth-largest cryptocurrency by market capitalisation as of April 2020.

But what exactly does Bitcoin SV offer to traders and what relationship does it have with Bitcoin?

In this article, we’re going to look at just what Bitcoin SV is, how it stands out from other versions of Bitcoin and if it is worth trading.

What Is Bitcoin SV?

Bitcoin SV stands for Bitcoin Satoshi Vision and trades under the BSV ticker symbol, and yes, its origins do trace back to the original Bitcoin.

‘Satoshi Vision’ refers to the original ideas set out by Satoshi Nakamoto, the creator of Bitcoin - or at least what the developers interpret them to be.

Largely, this means sticking to the Bitcoin whitepaper and minimal changes to the code that Nakamoto put together. 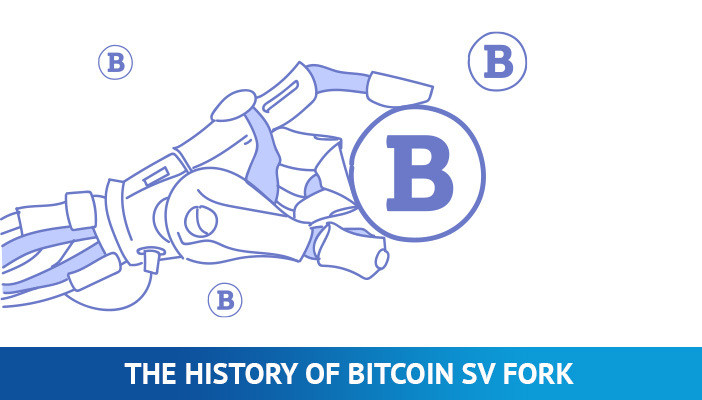 A hard fork is a radical change to a blockchain which can result in the creation of two separate chains. There is also a concept that is referred to as a ‘soft fork’, which is more like a minor update.

Bitcoin SV came into existence as a result of a hard fork.

Back in 2018, there was a ‘hash war’ between fractions of Bitcoin Cash. Hashing is where miners create new blocks. In a hashing war, miners want to create blocks faster than rivals.

The two competed to make the longest chain, which would then be considered the ‘true’ Bitcoin Cash chain by the blockchain and render their rivals redundant.

Essentially, one group was for adopting new changes, such as smart contracts, while another fraction was against making more changes.

A history of division

Originally, many people who used to back Bitcoin left for Bitcoin Cash when it split from the blockchain.

They did this because they disagreed with the changes that were happening to Bitcoin, claiming that it had become too different to what it was originally designed to be.

Then increasing changes were being applied to Bitcoin Cash which led to others to leave for Bitcoin SV.

Bitcoin SV was introduced a little before the hard fork, though it was distinguished as different from Bitcoin Cash after the hard fork that took place on the 15th November 2018.

Bitcoin ABC took the moniker of Bitcoin Cash, though you may see the two referred to as different, they are actually the same and the names are interchangeable.

Will there be a further split?

The emergence of Bitcoin SV has led some to question whether we can expect further splits from communities who disagree with how it develops.

If this continues, traders and investors could lose faith in cryptocurrency. How can they put money into something that keeps changing?

However, it should be mentioned that there have been many splits from other cryptocurrencies before this.

Bitcoin, for example, has a number of other cryptocurrencies that were created from hard forks aside from Bitcoin Cash, such as Litecoin.

How does Bitcoin SV work? 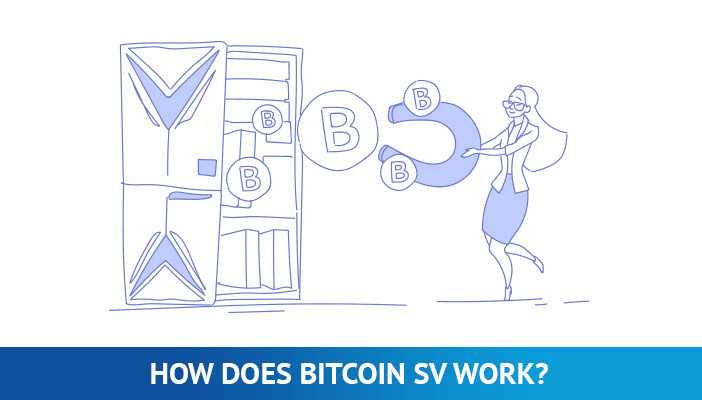 Some of the logic behind Bitcoin SV is identical to Bitcoin and other cryptocurrencies that spawned from it.

For example, Bitcoin SV also uses Satoshis (eight zeros after the decimal point) and has a cap of 21 million blocks.

Bitcoin SV aims to bring back what made Bitcoin so popular. In a sense, there are Bitcoin purists who don’t use the original Bitcoin.

They want to return to what they believe were Nakamoto’s original ideas of what cryptocurrency should be.

It is worth pondering though if this is the right approach to cryptocurrency though because although Bitcoin was the first cryptocurrency, it doesn’t necessarily mean that it is the best solution.

It is highly likely that Bitcoin SV will not experiment with new changes to the protocol, which is promising for investors who do not want uncertainty from new changes.

Other cryptocurrencies that continue to develop could be more volatile as traders will likely be uncertain over if new developments are a good idea or not.

SegWit, which is short for ‘Segregated Witness’, is a major change that increased the size of Bitcoin blocks so it could handle more transactions and make it faster.

Opponents of SegWit were concerned that it may make Bitcoin less secure.

Terms of technology, Bitcoin SV’s goal is to improve scalability, one of the biggest challenges for cryptocurrency.

Other than that, they will likely stay the same for the foreseeable future.

Who is developing Bitcoin SV?

Bitcoin SV is being worked on by CoinGeek with the development work being done by nChain, which wants to “ignite global adoption and enterprise-level usage of Bitcoin” through Bitcoin SV.

Controversially, nChain hired Craig Wright as their Chief Science Officer and is the acting chain leader for Bitcoin SV.

Wright is one of the many people claiming to be Satoshi Nakamoto and there are many people who believe he is a fraudster.

Further to that, he also got into a lot of legal trouble when his former business partner in a Bitcoin mining company died and Wright supposedly put all the assets in his name.

However, despite this, Wright joining the Bitcoin SV project gave it a lot of legitimacy.

This is because although his claim of being Satoshi Nakamoto is questionable, there are some people that believe it to be true and that has given Bitcoin SV a following that originally came from Craig Wright.

These people who follow Craig Wright in the belief that he is the real Satoshi Nakamoto will also then likely believe that Bitcoin SV is what Bitcoin was really supposed to be.

It is also worth noting that Roger Ver, often referred to as ‘Bitcoin Jesus’, is behind the development of Bitcoin Cash, and Ver has a lot of animosity towards Wright.

This rivalry between Ver and Wright may cause issues for the two in years to come.

How Has Bitcoin SV Performed? 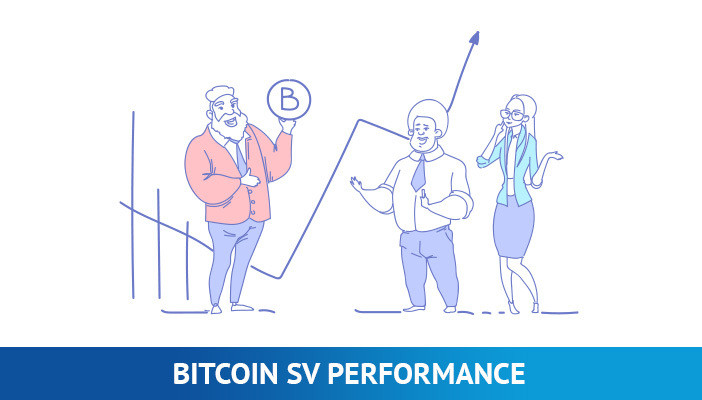 When the Bitcoin SV split from Bitcoin Cash, it wasn’t expected to perform so well.

No one would have thought that it would reach the highs that it did and reach the number six spot in terms of market capitalisation.

Largely this comes down to the fact that Bitcoin Cash was already well-known, and itself a fork of Bitcoin. It didn’t seem very promising to start trading another forked version (a fork of a fork).

Despite this all, Bitcoin SV has proven itself to be a great asset to trade and is trading particularly very well against Bitcoin.

In fact, when looking at the charts, you can see that Bitcoin SV is even performing better when traded against Bitcoin than the US dollar!

Indeed, for much of 2020 Bitcoin SV has been a lot more volatile than the previous two years.

Not just in terms of price increases and drops, but also a noticeable increase in 24-hour trading volume.

2018 and 2019 went through a pattern of peaks and then slow declines into ranging markets. It seems that this pattern has come to an end, at least for now.

It is worth noting that the price of Bitcoin SV could be affected by controversial actions taken by Craig Wright, so he is a key person to watch.

It is also easily available through many of the top cryptocurrency exchanges, however, CFD traders may have to wait a bit longer to see it listed by traditional brokers.