In recent years John McAfee has come to the public’s attention with his wild Bitcoin price predictions.

McAfee previously stated that one Bitcoin would reach the price of $1 million by the end of 2020 before backtracking.

But who exactly is John McAfee, and should we listen to what he has to say?

In this article, we’ll look at who exactly is John McAfee, his relationship with cryptocurrency and why we should be careful when listening to him.

Who is John McAfee?

After running McAfee from 1997 to 1994, he resigned. But McAfee is definitely someone who has led an interesting life, and that wasn’t the last we would hear from him.

Before founding McAfee, LLC, he worked as a programmer for Nasa, and after McAfee, LLC, he entered a series of other business ventures, mostly related to technology and security.

Unfortunately for him, many of the fruits of his investments evaporated in the 2008 financial crash. His estimated wealth went from a height of approximately $100 million to $4 million.

Like many influential figures in cryptocurrency, McAfee is a libertarian.

For those that don’t know, libertarians essentially believe in less government control and that people should be allowed to do what they want.

Roger Ver and Ross William Ulbricht are well-known to also support this kind of ideology and it is highly likely that Satoshi Nakamoto also had similar beliefs too.

McAfee also thrives in controversy and likes to play the ‘bad boy’ archetype who says and does what he likes without caring about the repercussions.

To give you an idea of how controversial McAfee likes to be, it is worth watching this video titled How To Uninstall McAfee Antivirus, which was made by and stars himself.

The video criticises the McAfee antivirus software and plays on the brash behaviour he is known for (heightened for comical purposes).

McAfee also spent many years in Central America after McAfee, LLC and there is a lot of controversy around what he did there. 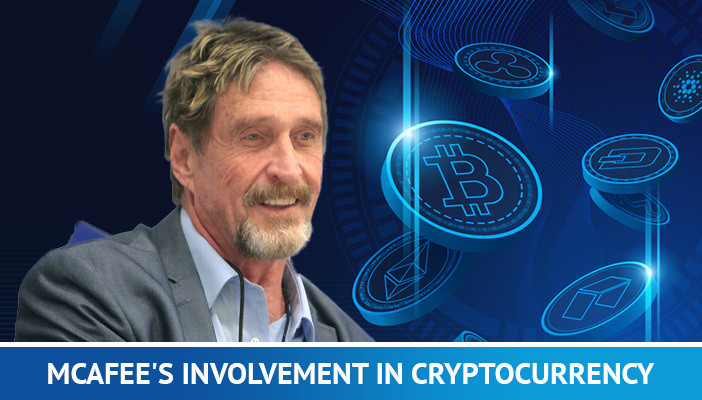 In 2016, McAfee became the chief executive chairman and CEO of MGT Capital Investments and expanded the industries they were involved in to include Bitcoin mining.

By 2018, McAfee had left the company and wanted to devote more of his time to cryptocurrency and has since been very involved in the cryptocurrency community.

McAfee is also a supporter of Bitcoin not being in a price bubble (or at least he did in 2017).

For McAfee’s 2020 presidential campaign, he wants to promote cryptocurrencies as one of his primary issues.

McAfee got a lot of attention when on Twitter in 2017 he predicted that Bitcoin will reach $1 million by the end of 2020.

To make what McAfee said more interesting, he promised he would eat his own penis on live TV if Bitcoin didn’t reach that price.

Shortly after, someone created a website called The Dickening, which counts down when McAfee will have to follow through with his promise if one Bitcoin doesn’t reach $1 million.

Anyone looking following the daily, weekly or monthly charts could see that Bitcoin has become pretty stable since the slump of 2018, hovering around $8,000 for a long time.

It is very possible that it won’t break out of this rut for a long time to come.

And in early 2020 it looked like McAfee was starting to backtrack on his claims, perhaps realising this himself.

By the 5th January 2020, again on Twitter, McAfee seemed to claim that it was all a ‘ruse’ to get more people interested in cryptocurrency.

Instead, McAfee seems to now be suggesting that Bitcoin is ‘ancient technology’, comparable to the Ford Model T (widely considered the first commercially produced car).

By this what McAfee appears to be saying is that other cryptocurrencies will overtake Bitcoin and another one will likely take the crown as king.

Indeed, there is some truth in that possibility. Though Bitcoin may be the most successful and long-lived cryptocurrencies, it by no means it will be the last.

However, in this particular case, it feels like it was just used as an excuse to back out of a poorly made bet.

He also appears to suggest that he would never have actually eaten his own penis on national TV, citing the insanity of the fleet.

But was it really a ruse … or is he just backing out of a bad bet? … or does he just like the attention?

Those are all questions we’ll likely never completely know the answers to.

What can we learn from John McAfee’s claims? 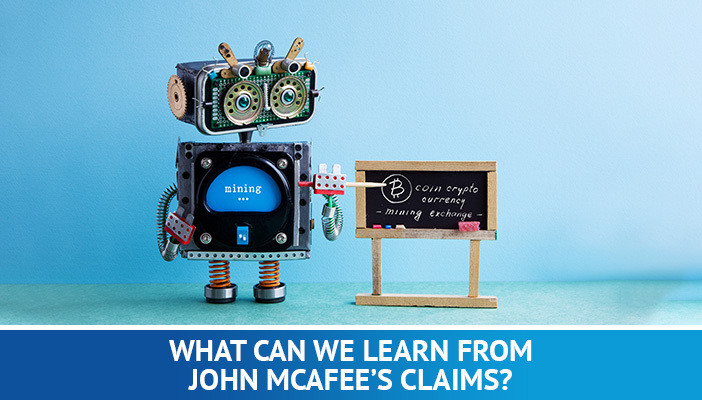 A key lesson we can learn from someone like John McAfee is that we need to be careful who we listen to.

Just because he has an interest in cryptocurrency does mean he understands how its value will change.

While McAfee likely sparked a lot of interest in cryptocurrency, such bets/promises are arguably not the best way to do it.

Imagine yourself as a beginner who knows little about cryptocurrency, and you come across this. If you didn’t know any better, you’d might have believed him.

And if you were motivated enough, you could have gotten involved and bought Bitcoin and then would have felt utterly betrayed when he backed out of his bet.

The truth is that it is very possible to make a lot of money trading Bitcoin in the long-term, but these kinds of trades need to be well-informed and not based on the gossip of high-profile figures.

We should also question the motives behind people who make such claims. McAfee, for example, claims to have made his estimate to get more people interested in cryptocurrency.

Though it is also possible that he simply wanted to get attention, which he is known to thrive on.

Not all claims are bogus

Some estimates do come true.

One individual who did manage to accurately predict the increase in the price of Bitcoin was Tim Draper.

However, the likeliness of Draper making another prediction so accurate is difficult to say.

The truth is that such claims should only be loosely followed, a kind of guidance. Your own predictions should be based on your own analysis.

Look for what affects the price of Bitcoin 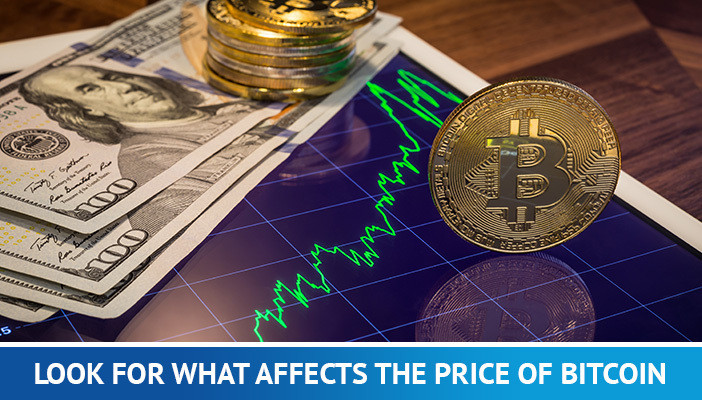 Instead of relying on people’s price predictions, it is a lot better to conduct your own research and come to your own conclusions.

By analysing historical charts and the events potential events that affected their change, you will see what is likely and what isn’t.

The halving is a great place to look. This is where the block reward for mining Bitcoin will be halved.

What this means is that there will be less Bitcoin introduced into the market, which theoretically should mean that the price of Bitcoin will go up.

In the past, the halving has been a great indicator of Bitcoin’s price shooting up. The 2016 halving is a great example of this and may have contributed to the 2017 bull run.

If you enjoyed reading Understanding John McAfee’s Crazy Bitcoin predictions from Trading Education, please give it a like and share it with anyone else you think it may be of interest too.