Is Tezos The Most Adaptive Cryptocurrency?

Interested in all the hype about Tezos? Well, look no further! In this article, we’ll explain everything you need to know about Tezos, how it works and how you may profit from trading it.

Governance is important to them because it is needed to grow the network properly over time, to appropriately increase speed, add security and other functionalities.

For Tezos, you need governance to decide the evolution of your technology, specifically when you have a shared resource and people don't know how to use it.

Tezos uses the XTZ ticker symbol and ‘tezzies’ is a nickname for Tezos tokens.

What is Tezos attempting to achieve? 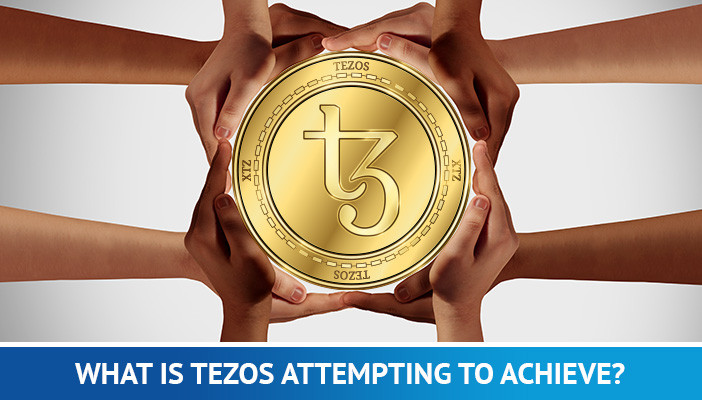 Essentially, Tezos wants to be the most adaptable blockchain project by utilising on-chain governance.

They are focused on building a cryptocurrency that is more democratic and will be able to develop more over time.

Specifically, they want to avoid situations like hard forks, where a blockchain is split into two and developed by competing parties of developers.

They also want to avoid situations like the Ethereum DAO where it was split into Ethereum and Ethereum Classic.

Instead, they want to implement soft forks, which are essentially updates to the blockchain that are backwards compatible and will allow the blockchain to continue growing.

This is completely understandable considering that continuous hard forks and splitter groups will make it harder for cryptocurrencies to be adopted by the public.

Part of the way Tezos plans to do this is by using a DAO (Decentralised Autonomous Organisation) where changes can be discussed.

This will allow them to be more upgradeable than any other cryptocurrency and self-amending, in theory.

Technically, Tezos has the oldest DAO, older than Dash, though Dash is the oldest functioning DAO.

They want to be the last blockchain, one that incorporates elements from all others. Why have thousands when all you need is one?

How does Tezos work? 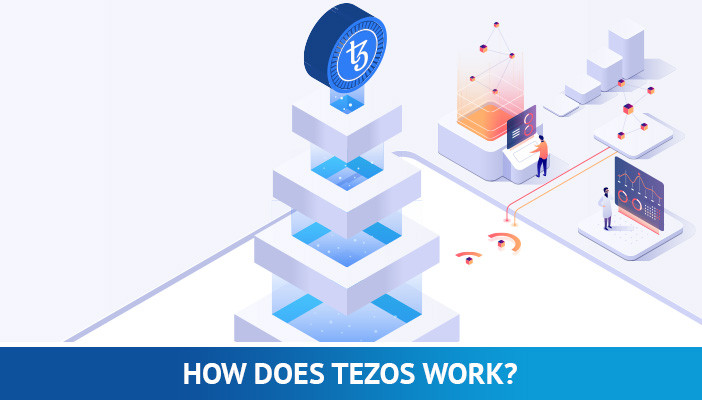 Tezos uses a delegated proof of stake algorithm and can perform 40 transactions per second on the beta network.

For the Tezos team, smart contract readability is important, and they strive for the most correct and accurate coding possible.

To do this, Tezos uses the Michelson coding language which uses formal verifications to avoid bugs in the network, such as Solidity the programming language of Ethereum.

They want to create smart contracts that can be bug-free by using mathematically provable code to reduce errors.

In the Tezos network, stakers are called ‘bakers’. You need to have more than 10,000 Tezos tokens, plus a bond to run delegate nodes.

By removing miners Tezos can remove the possibility of most of the power being controlled by mining pools, which in theory will make Tezos more democratic.

Currently, there are transaction fees, however, theoretically, everything with Tezos can be changed over time and it may be possible that in the future fees will be removed.

Perhaps the most important thing about Tezos is that it is a self-evolving, self-governing, adaptable blockchain with the ability to absorb elements from different chains.

So, if one developer notices something appealing about another blockchain, they can propose that the same change be made to the Tezos network.

Developers can propose upgrades and attach an invoice. It is then up to the community to decide if they want to approve it.

All rule changes and additions must be decided by the community and inflation can be used to incentivise developers.

For the first year, control of the network will be centralised control by the Tezos foundation until the community grows.

Tezos was founded by Arthur Breitman and Kathleen Breitman and have been developing it since 2014 under the founding company DLS (Dynamic Ledger Solutions).

Today, Tezos is being developed by the Tezos Foundation which was set up after the ICO.

Arthur Breitman is ex-Wallstreet with a background in computer science, mathematics and economics from France.

Kathleen Breitman formally worked at the R3 Blockchain Consortium and is from the USA.

The two are married. The pair received a significate stake of Tezos tokens for their work.

How has Tezos performed? 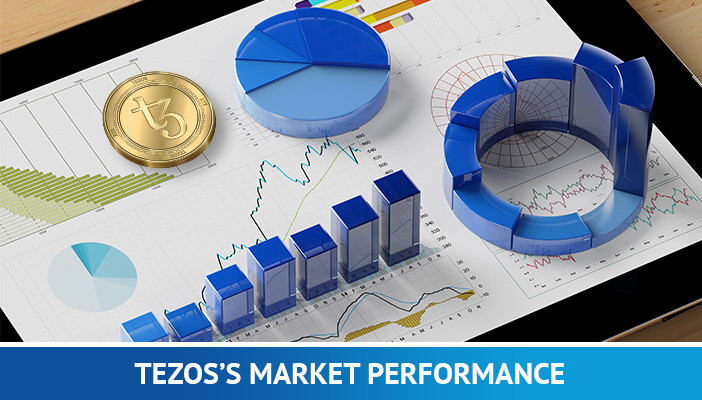 After this, Tezos trended downwards and started ranging.

More recently, Tezos’s market cap has been a lot more volatile and is fairly high considering the low price of a coin.

Typically, the price of Tezos in relation to Bitcoin has been higher than the US dollar.

It should also be mentioned that Tezos managed to raise $232 million in two weeks for their ICO.

This was 10 times more than what they were aiming for and so far, is one of the largest ICOs ever, which shows that there is a lot of interest in the project.

Lawsuits followed when disruption over the foundation led to a lack of progress.

Is Tezos a good Investment?

As with any cryptocurrency, it is too early to tell if Tezos will be a success and it is younger than most other cryptocurrencies available.

That said, the idea of it being future-proof through using on-chain governance is quite appealing to investors.

The issue of upgradeability is something that Bitcoin and other cryptocurrencies will likely come into in the future, arguably already and Tezos may be able to avoid.

However, investors shouldn’t overlook the issues the Tezos Foundation ran into after their successful ICO.

All the money they raised is in the Tezos Foundation, which they did this to make it more trustworthy and transparent.

However, Tezos had problems with Johann Gevers who was in control of the foundation and the money and the founders, the Breitmans, have no control over the foundation.

Soon the founders disagreed with how money should be spent with Gevers and a lot of drama ensued. Eventually, the situation was settled and Gevers left the foundation.

All this caused a lot of problems for those that invested in the ICO as Tezos lost half of its value.

That wasn't the end of though, legal problems then ensued because the network wasn't delivered.

Despite all the above, it does seem that most of the drama has been settled and Tezos does seem like a wise investment.

Winklevoss twins, very well-known cryptocurrency investors, are heavily involved in Tezos, which is a good sign.

Though it is worth considering are hard forks such a bad thing? Perhaps it is not such an issue if blockchains continue to split from each other and try new directions.

This allows us to see alternative ways of doing things.

It is also worth considering if Tezos will always be compatible? Will it always be able to absorb new features from other cryptocurrencies?

Is it possible that it will reach a point where it cannot continue to change? Plus, it may still be possible if core developer groups still arise and split the community.

Investors should also consider that there is no road map for Tezos as there are with other cryptocurrencies as the community needs to decide on the direction to take which might be off-putting for some.

As a platform for smart contracts and dApps, Tezos puts itself in competition with several other cryptocurrencies that are aiming to dominate the same niche, particularly Ethereum.

To conclude, Tezos will live or die depending on how active the community is.

Read More: Is Tezos a Good Investment & Should I Invest in Tezos?

If you remember anything about this article, make it these key points.

Why Should you Choose Etoro to trade Tezos?

Now you know everything about Tezos. If you're feeling inspired to start trading cryptocurrencies, or this article has provided some extra insight to your existing trading knowledge, you may be pleased to know that eToro provides the ability to trade with Crypto assets and CFDs on up to 90+ cryptocurrencies.

If you enjoyed reading Is Tezos The Most Adaptive Cryptocurrency article from Trading Education, please give it a like and share it with anyone else you think it may be of interest too.

Disclaimer: eToro is a multi-asset platform which offers both investing in stocks and crypto assets, as well as trading CFDs.

Past performance is not an indication of future results. Trading history presented is less than 5 complete years and may not suffice as basis for investment decision.

Copy trading is a portfolio management service, provided by eToro (Europe) Ltd., which is authorised and regulated by the Cyprus Securities and Exchange Commission.

Cryptoasset investing is unregulated in some EU countries and the UK. No consumer protection. Your capital is at risk.

eToro USA LLC does not offer CFDs and makes no representation and assumes no liability as to the accuracy or completeness of the content of this publication, which has been prepared by our partner utilizing publicly available non-entity specific information about eToro.