Top New Altcoins To Invest In 2022

Which altcoins have the most potential in 2022?

2021 has seen a wave of new altcoins flood the market and outperform more well-known cryptos, such as Litecoin (LTC), Bitcoin Cash (BCH), and Dash (DASH), just to name a few.

Though more established cryptos are still great investments, they simply cannot compare to the wrath of some of the emerging cryptos — some of which are performing better now than during the 2021 bull run and appear to be hinting at a change in investor interests.

Notably, many of the top altcoins in our list for 2022 are built on top of the Ethereum (ETH) blockchain and are part of the DeFi movement. According to Statista, approximately $88.5 billion worth in crypto is currently locked up in DeFi protocols ($98.2 billion at its peak). 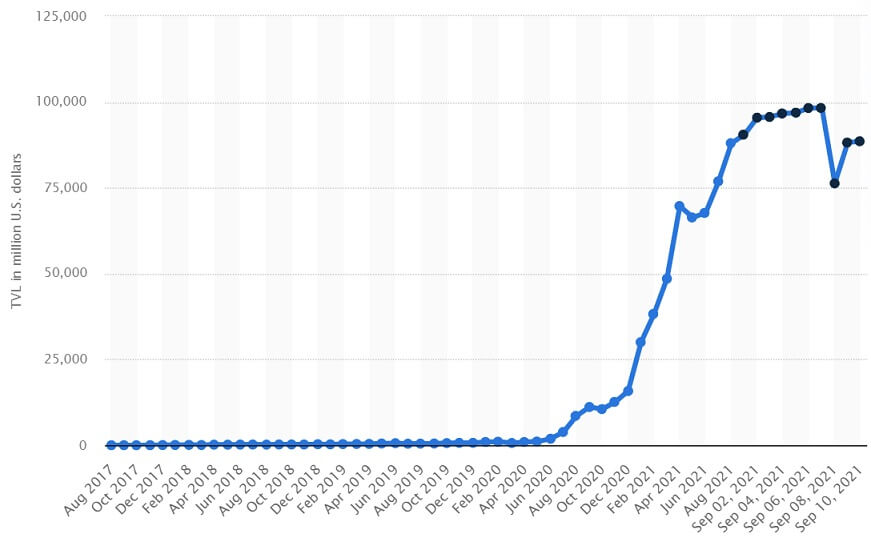 Avalanche (AVAX) is lava-hot right now and is the king of our list of top new altcoins to invest in in 2022. It ticks all the boxes we mentioned above — it’s a proof-of-stake platform that’s building an ecosystem and is deeply involved in the DeFi scene too.

Using Avalanche, companies and organisations can create ‘subnets’, which are essentially customisable blockchains with their own governance rules and are compatible with Ethereum and Polkadot (DOT) virtual machines.

Adoption of Avalanche has soared in 2021. According to them, 327 projects have joined their ecosystem in the last 12 months. 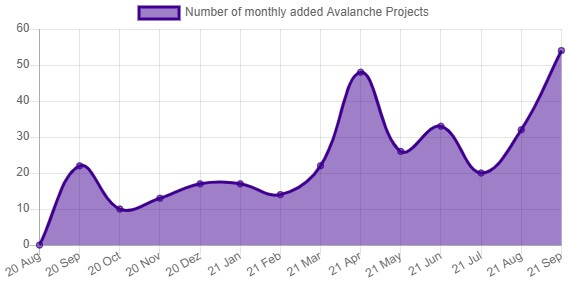 Enjin Coin (ENJ) is used to back the value of digital assets on the Enjin Network — an ecosystem of blockchain-based games.

NFTs (non-fungible tokens) are why the market has gone made for Enjin Coin as ENJ can be infused within NFT game items, giving them a tradable value, which allows them to be bought, sold, and exchanged by gamers.

Recently, Stormrite, an open-world game for Steam and Xbox, announced a partnership with Enjin to explore NFT integration. If successful, it could open the floodgates for more games to join the Enjin Network and expand the use of ENJ.

Solana (SOL) is another entirely new ecosystem built specifically for DeFi projects, of which it currently supports over 400, according to its website.

Recently Solana exploded to become the seventh-largest cryptocurrency by market cap with much of this rocket fuel coming from the NFT craze that has gripped the crypto community.

This all started when exchange FTX announced that it would launch a minting platform for NFTs on a cross-chain for Solana and Ethereum. SOL then soared 30%, according to CoinDesk. Further great news came when NFT marketplaces Solanart and DigitalEyes were launched on Solana.

Decentraland (MANA) is a virtual reality game where you can create and explore virtual worlds. Using the MANA token, users can buy ‘LAND’ and build interactive experiences, which can be monetised — or purchase avatars and other accessories on the marketplace.

Just like Enjin Coin and Solana, the rise in popularity of NFTs has led to a spike in interest in Decentraland. According to Reuters, back in April 2021, more than $50 million in total sales had occurred on Decentraland, including a plot that sold for $283,567.

Decentraland has also been particularly successful during the coronavirus pandemic as an outlet for people stuck in lockdown.

Polygon (MATIC), in short, is a platform primarily for Ethereum scaling. Using Polygon, devs can create separate chains from Ethereum and build the infrastructure they need.

A massive development took place this year when it was announced that Polygon had acquired the Hermez Network (HEZ) and the two would merge in an industry first (HEZ will be usable on the Polygon blockchain).

What this means is that Polygon will integrate Hermez’s zero-knowledge rollup solution, which groups hundreds of transactions together off-chain and in one cryptographic proof includes them on-chain simultaneously, dramatically reducing network congestion.

Algorand (ALGO) is one of the most promising proof-of-stake cryptocurrencies we have seen so far. It claims to be the most scalable, decentralised, and secure blockchain ever made (a big claim, but not one that hasn’t been made before).

But the reason why we’re so pumped about ALGO right now is that the government of El Salvador recently made a deal with Koibanx, which builds blockchain-based financial software.

Why is this big news for Algorand? Because Koibanx chose Algorand as its platform to build its infrastructure. What this means is that we could soon have an entire country running under one crypto — ALGO.

Compound (COMP) is one of the biggest crypto-lending platforms and it has done amazingly well in 2021 as part of the DeFi scene.

What sets Compound apart from other lending platforms, like Aave (AAVE) is that the tokens you deposit are put into a pool where they can be borrowed by others. You then receive a ‘cToken’ which you can use to later redeem your crypto plus the interest you earned on top while it was lent to others.

In 2021, Compound announced the launch of its Compound Treasury, a special service just for businesses and institutions, which some believe will bring a lot of institutional money into DeFi.

Terra (LUNA) is the governance token of the Terra stablecoin network and it allows holders to vote on changes to the protocol. So far, the Terra network has 15 different stablecoins in operation with TerraUSD (tied to the US dollar) being the most well-known.

On top of being one of the best stablecoin networks, a major upgrade called ‘Columbus-5’ was successfully launched in September and it brought with it a lot of investor interest.

Columbus-5 included interoperability with the Cosmos protocol and bridges with Ethereum and the Binance Smart Chain. It also means that LUNA tokens will now be completely burned when new TerraUSD is created.

Maker (MKR) is the governance token for the MakerDAO, a decentralised autonomous organisation for, Dai, a popular USD-pegged stablecoin. MKR holders can vote on proposals that could impact Dai.

Some interesting (but quite technical) news piqued our interest in MKR in September when it was announced that the Gelato (GEL) Network’s G-UNI Uniswap V3 token will be used as collateral within the MakerDAO protocol.

This is important news because it will bring Dai and Uniswap closer together, effectively making Dai the most liquid stablecoin on DEXs, which theoretically will do wonders for the price of MKR.

Shiba Inu (SHIB) may surprise some as an unusual pick, particularly after its founder, Ryoshi, strangely gave half the supply of SHIB to Vitalik Buterin, who then burned 90% and donated the last 10% to charity.

But there is a lot more going on with Shiba Inu than meets the eye. It’s not just a Dogecoin pretender. What makes it stand out is that because Shiba Inu has been built on top of Ethereum, it can support more complex features.

The most interesting thing Shiba Inu has to offer is ShibaSwap, a decentralised exchange. This gives it a competitive edge over Dogecoin (DOGE).

If you remember anything from Top New Altcoins To Invest In 2022, make it these key points.

What Altcoins Can Make Me A Millionaire

How To Find The Next 1000x Altcoins To Invest In: Essential Things To Know

What Are The Top 5 Cryptocurrencies That Can Deliver 100x

Still have questions on the top new altcoins to invest in in 2022? Perhaps these frequently asked questions will help.

How To Find New Altcoins?

The quickest way to find new altcoins is to check the ‘New Cryptocurrencies’ section in CoinMarketCap. This will list every new altcoin added, even if it was only a few hours ago.

How To Identify Promising New Altcoins?

According to Investopedia, the most important factors to look for are a low price, potential for adoption, a predetermined maximum supply, and price and volume momentum.

How To Research Brand New Altcoins?

Teddy Cleps of YellowBlock says the following should be done when researching a new altcoin: