Asking yourself why people trade cryptocurrency? Well, you’ve come to the right place.

Cryptocurrency trading is fast becoming one of the most popular ways to make income trading. It’s constantly in the news, particularly Bitcoin and its volatile price swings.

But if you are specifically asking why people trade cryptocurrency, it isn’t solely down to making money, there are other reasons people want to get involved as well.

In this article, we’ll look at all the reasons why people choose to trade cryptocurrency.

What are the top 5 reasons why people trade cryptocurrency?

Let’s look at the top reasons why people trade cryptocurrency!

1. Because they believe cryptocurrency is the future 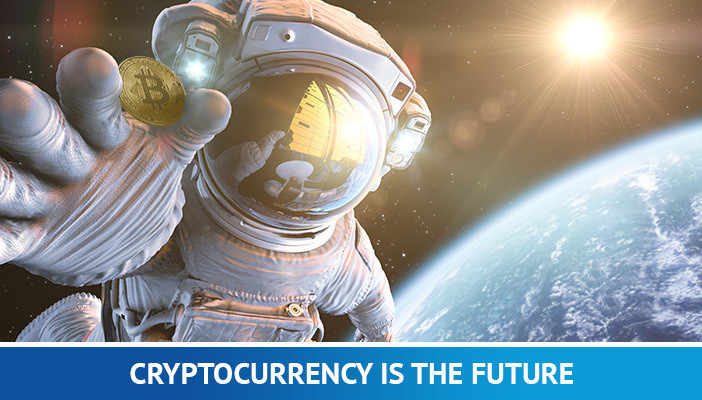 When you look at our current currency system closely, it is obvious that it should work more efficiently.

This has led many to hold cryptocurrency, believing that it is the next logical step in technological evolution.

They are strong believers that cryptocurrency will overtake fiat money and we will be able to have free, private and trustless transactions across borders.

That said, you would likely have noticed that there are many different cryptocurrencies to choose from. Currently, there are over 2,000.

This has led many cryptocurrency traders to hold numerous different coins. Hedging their trades that one may succeed in an area where another doesn’t.

It may be possible that we are in a cryptocurrency bubble and over time, many of these cryptocurrency projects will fail and disappear. When that will be, no one knows for sure.

However, it should be pointed out that not all of these 2,000 cryptocurrencies are trying to achieve the same thing.

Many are attempting to tokenise specific aspects of our lives such as gaming or essentially be used as coupons for services or products.

Ethereum is the second-largest cryptocurrency to date and aside from attempting to become a better alternative to Bitcoin, it is also bringing into the mix smart contracts and dApps.

Smart contracts are essentially contracts that work on the blockchain. dApps are decentralised applications. The reasons why people trade cryptocurrency is different for such individuals.

2. Because they dislike national banks 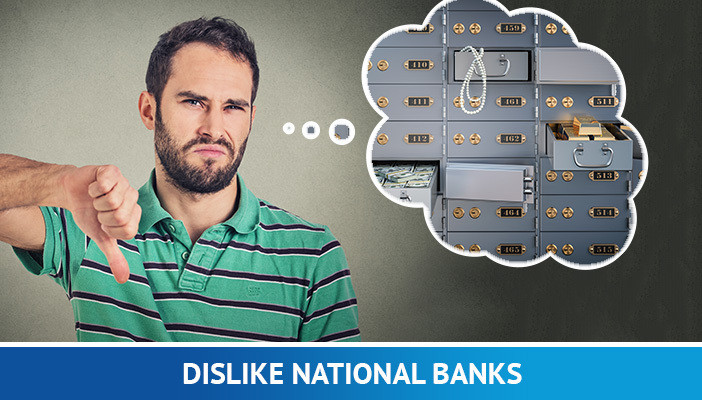 The first cryptocurrency was born, Bitcoin, in out of the 2008 crash and distrust of central banks.

Central banks can manipulate currencies which in many cases has not had a positive effect on people’s lives.

For example, in Argentina, they have had currency manipulation for years and it has led to many Argentinians to trade Bitcoin and other cryptocurrencies.

One of the primary reasons why people trade cryptocurrency is that enthusiasts love the idea of ridding the world of central banks is because of fees from intermediaries or third parties.

These are the people who profit from handling your transactions. Such fees can be particularly troublesome when sending payments across borders.

It should be noted though that with some cryptocurrencies, there are fees for handling transactions.

This is particularly true of cryptocurrencies that use a proof of work algorithm, which is where transactions are validated by miners. Proof of stake cryptocurrencies do not need to be mined.

Another vital thing to mention about cryptocurrency and its relationship with banks is that not all cryptocurrencies are against working with them.

Ripple, the third-largest cryptocurrency, was created specifically to be an intermediary between the banking world and the cryptocurrency world. 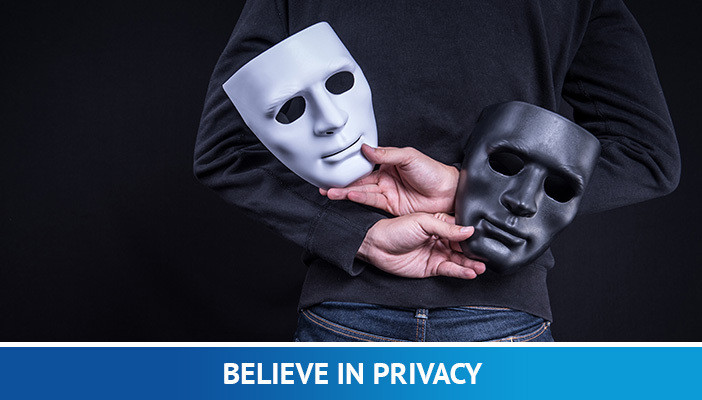 Another one of the top reasons why people trade cryptocurrency is that they believe transactions should be anonymous.

It is widely believed that the origins of  Satoshi Nakamoto, who invented Bitcoin, came from the cypherpunk movement.

The cypherpunks believed in using cryptography to bring social change and give people control of their information and keep it safe.

Keeping your financial information safe is more important than most people would think. With such information, hackers and scammers can potentially take advantage of you.

Further to that, how comfortable would you be if people knew where you spent all your money?

This may lead employers to change how much they pay you based on how much you spend your money, for example.

Or you may just have some transactions that you would like kept private.

Bitcoin is often cited as a way to hide illicit transactions. However, this is not wholly true.

While Bitcoin gained notoriety when it was uncovered that many people were using it to buy drugs or illegal services online, such as with Silk Road.

Though this is problematic, most people do not use it for this purpose and in fact, fiat currencies are used more for such purposes than cryptocurrency.

That said, supposedly up to 25% of people who use Bitcoin have ties to illegal activity.

However, Bitcoin is not that good for illegal activity because transactions can be traced on the public ledger.

This is where all Bitcoin transactions are stored, and anyone can access it.

A better cryptocurrency to use for illegal activity would be Monero, which does not have a public ledger and transactions are more encrypted.

Other cryptocurrencies, such as Zcash and Dash are also good alternatives for privacy.

Privacy is one of the more controversial reasons of why people trade cryptocurrency.

Many governments are looking to shut down cryptocurrencies because they can be used for illegal purposes.

4. Because they believe in blockchain technology 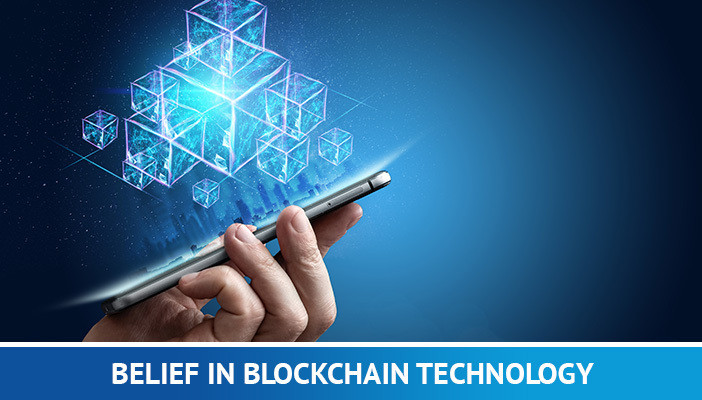 Bitcoin wasn’t just revolutionary because of how it changed transactions, the underlying technology - blockchain - has also changed many industries.

Belief in the application of blockchain technology is one of the primary reasons why people trade cryptocurrency.

It can be used by hospitals, logistics companies, video games, the music industry - the list goes on and on.

In some respects, blockchain technology is outpacing cryptocurrency in terms of adoption.

Part of the reason why it is so popular is that information on the blockchain is immutable, which means it cannot be changed.

This not only makes information safer but easier to track as well.

For example, when looking at logistics, a shipping company can see exactly where items that are being delivered are and keep track of all the paperwork involved as well.

5. Because there is a lot of money to make 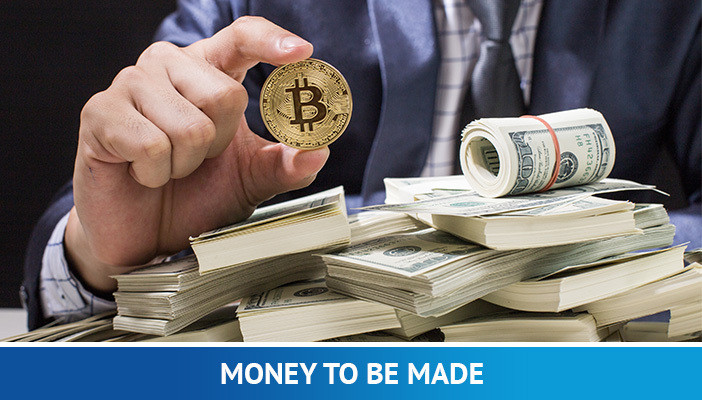 Another one of the key reasons why people trade cryptocurrency is that it is more volatile than other markets.

While the word ‘volatile’ may seem intimidating, it is a good thing for many traders because it means there are more opportunities to enter and exit the market.

There are more highs to sell at and more lows to buy at. Just look at how much Bitcoin has risen in price from 2009 to 2020.

Generally speaking, it has amassed a lot of value, though, of course, there have been massive drops in value as well.

There are so many different cryptocurrencies to trade giving you plenty of opportunities to make money. You don’t always have to focus on one cryptocurrency.

Many other cryptocurrencies also have the potential to increase dramatically like Bitcoin, especially at the beginning.

Traders may not believe in their cause, sometimes the reasons why people trade cryptocurrency are related to a belief that the price will likely increase as more people start buying.

They look for events that may influence the price. For example, some coins, like Binance Coin undertake a ‘burning’.

This is where the organisation that creates the coin buys some back and destroys it. By doing this they can control the price.

Many traders will hold on to their coins until the coin burning where the price increases and then they sell their coins for a profit.

More long-term traders may look for even bigger events such as the Bitcoin halving that will take place on May 2020.

When this takes place the creation of new Bitcoins will slow down by half and the value of Bitcoin will likely shoot up as it becomes scarcer.

Many cryptocurrency traders have made their fortune trading, some have become millionaires or even billionaires, such as the Winklevoss twins.